The hammer signal, coupled with the prior day’s sharp downward momentum, which took out the five previous days’ lows, had positive action/reaction going for it. Another edge for a long entry. 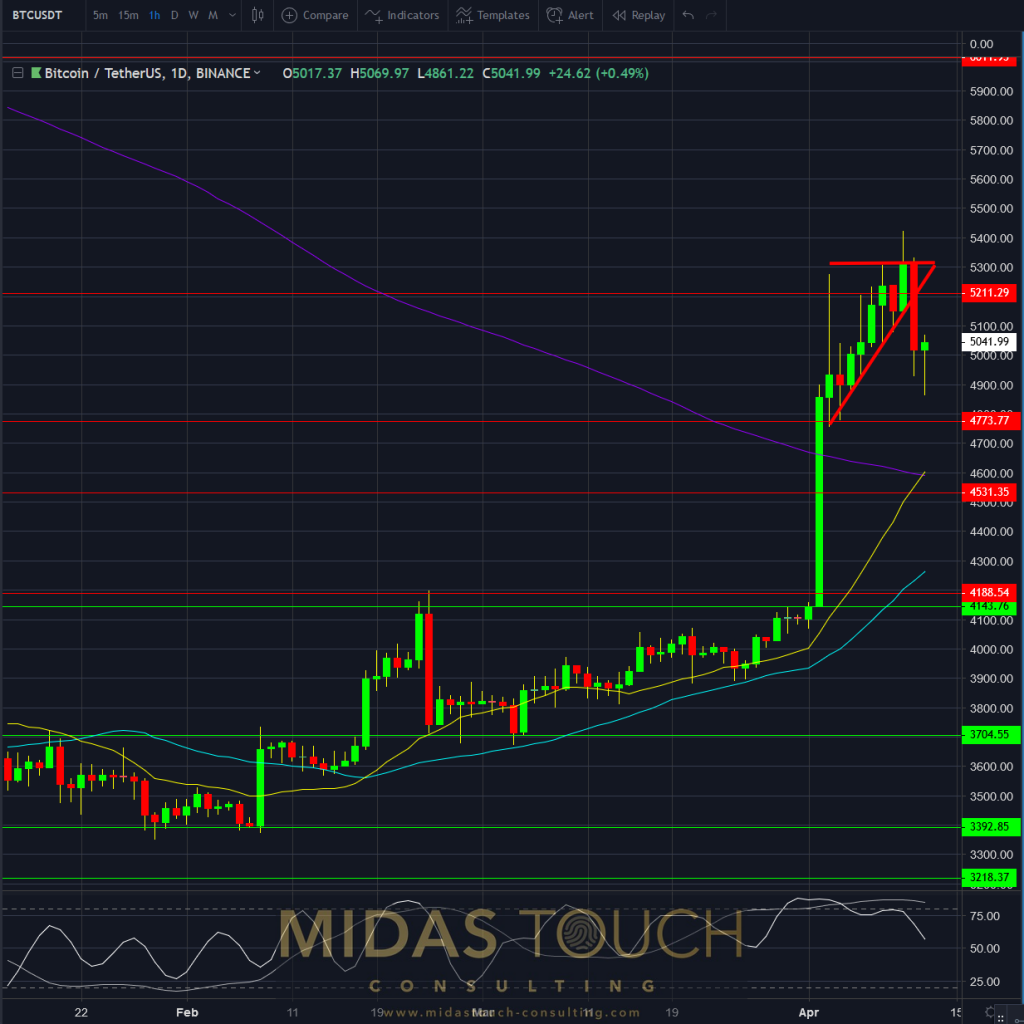 This low risk opportunity  provided for a nice long setup on the 12th at an entry level of 4,980 (posted live in our Midas Touch Telegram channel).

The entry was supported by the previous day’s support/resistance zone (green line). On the exit side, risk mitigation occurred at the financing level (quad strategy – half out) at 5,065.60 (red line). Stop levels were then adjusted to break even entry level. 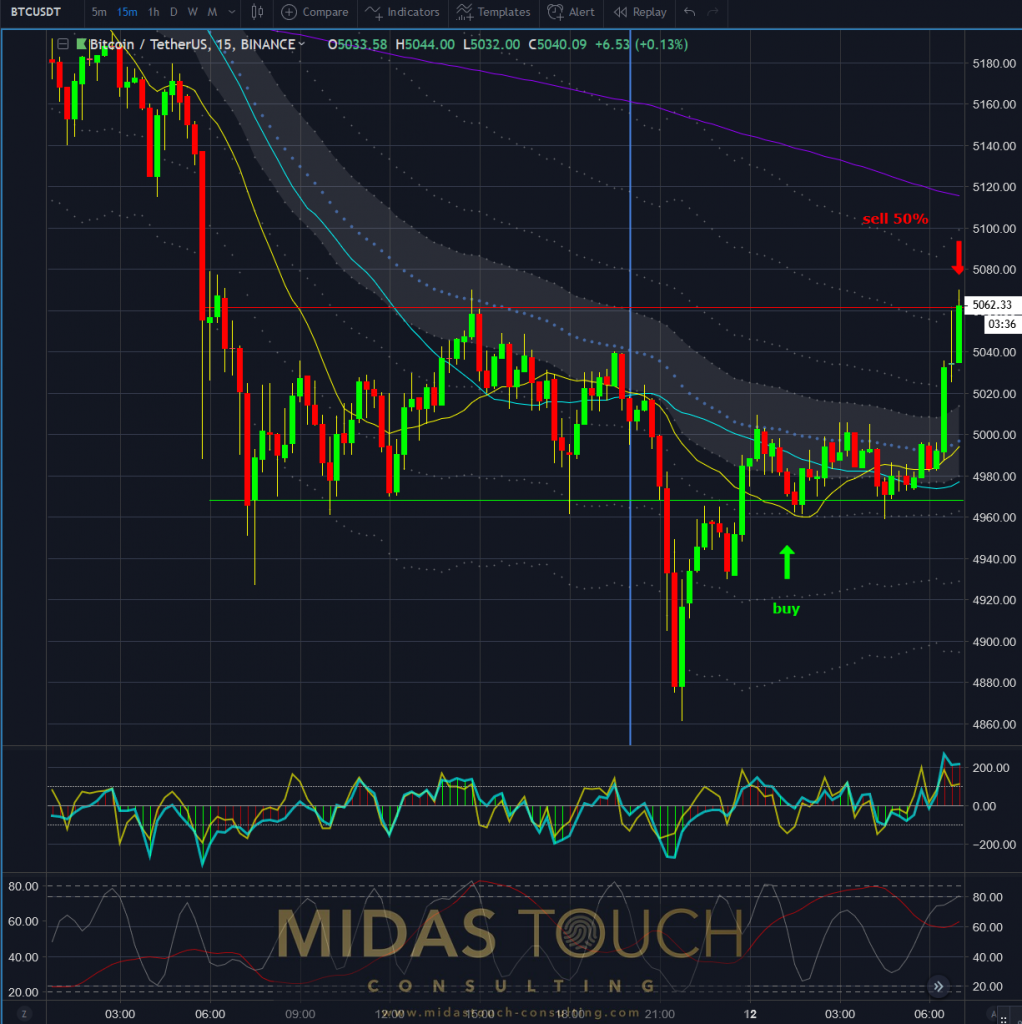 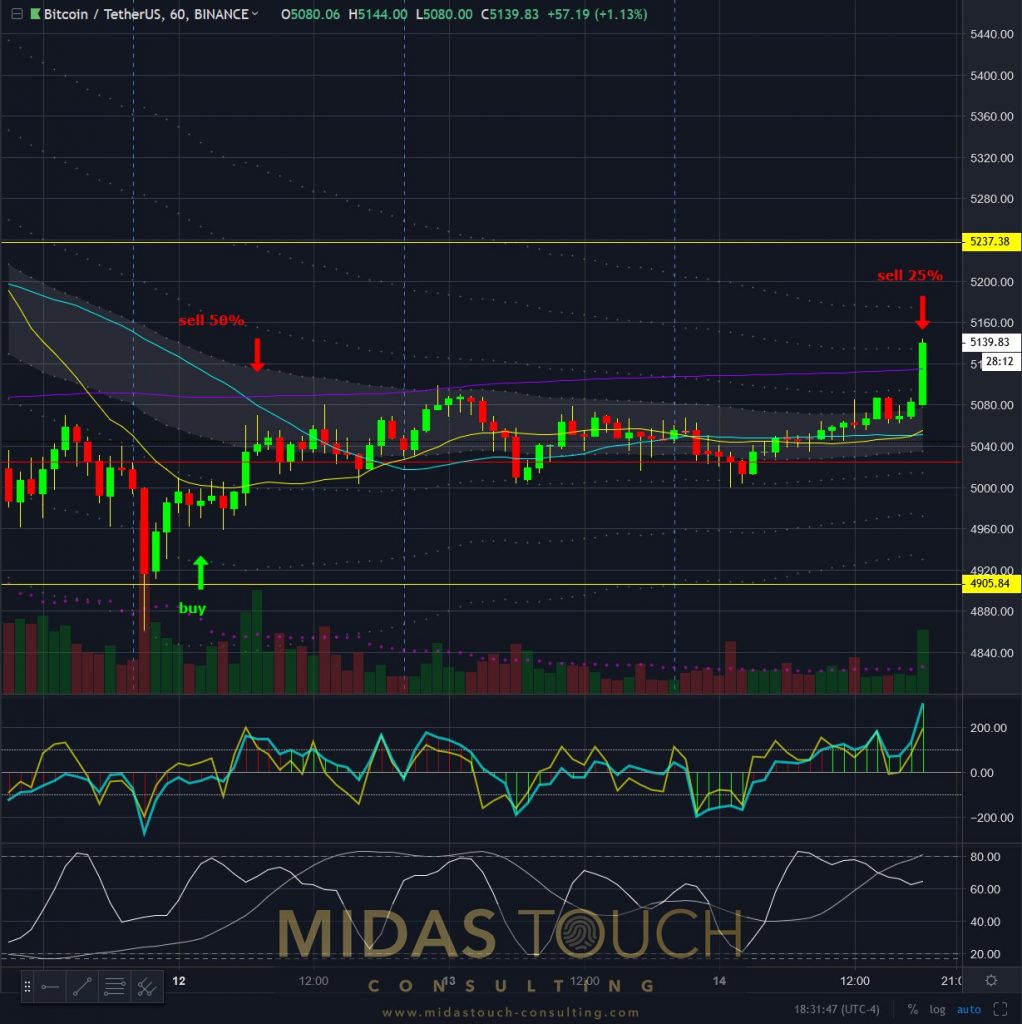 As can be reviewed on the following daily chart, aggressive daily entry placement followed by conservative profit taking leaves us with a small runner position (the last 25%). Now with risk mitigated, the participant is psychologically free for the weekly gap fill at best or will be stopped out with the remaining position for small profit at worse. 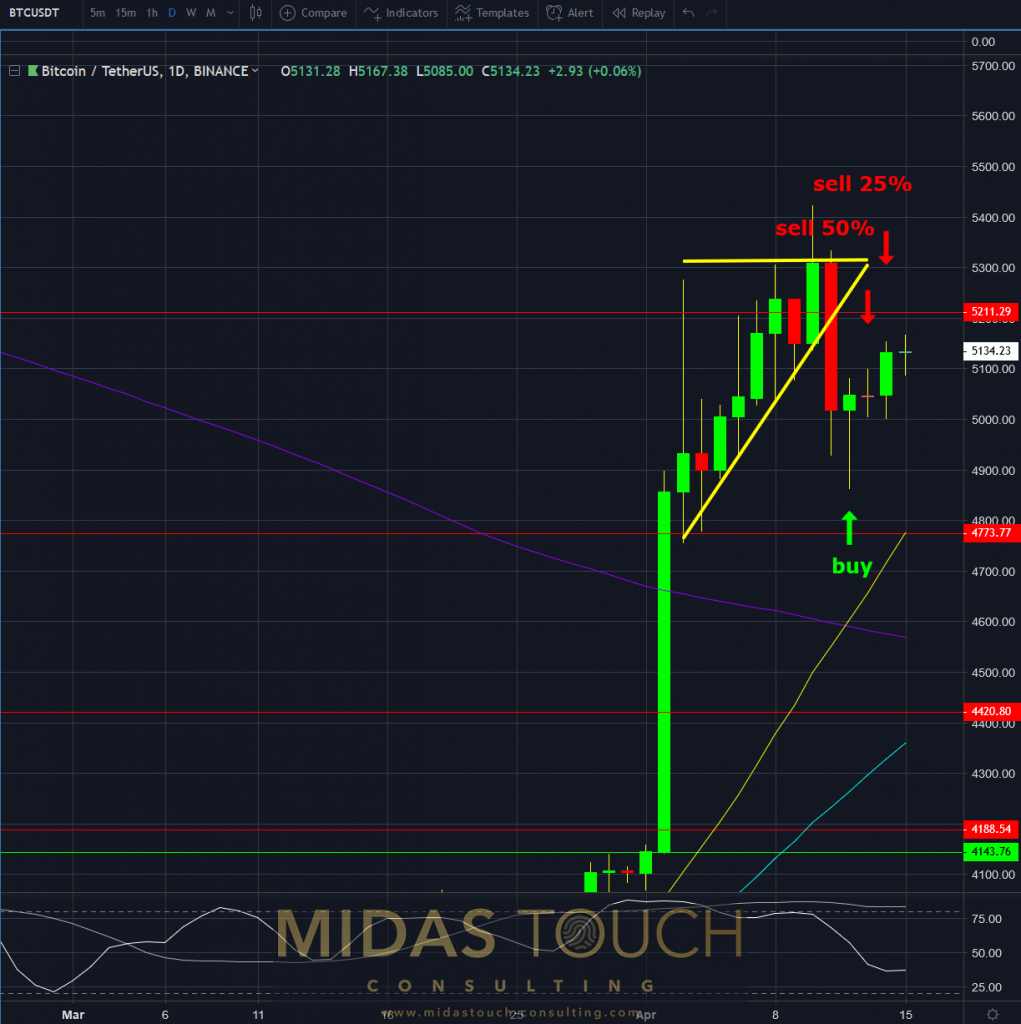 Can we predict the future? No, of course not. Even though it might seem like it at times… All that it really is, is making a plan and trading that plan.