Welcome to the official website of Midas Touch Consulting.

Our mission is to help investors and traders identify more profitable choices in order to create and increase wealth.

We do offer investment consulting for institutional & private investors and traders via our market reports and our unique Midas Touch Gold Model. While our main focus currently is on the precious metals sector and on the exciting cryptocurrency sector, we do track all markets worldwide and are always in search of excellence and therefore lucrative ideas & opportunities.

We approach the markets from an objective rational and risk averse point of view and do avoid any bias towards long or short. We believe that investors & traders do need to focus on their mental state to manage any form of investment in the best possible way.

Sign up for our newsletter to receive in depth market analysis and profitable investment ideas. 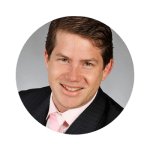 Florian Grummes is an independent analyst, investor, trader and consultant who has been active in the financial markets since 1995. Being an individual and contrarian thinker he turned bullish on Gold & Silver in 2002 and began focusing on this neglected sector. He spent years improving his technical anlaysis skills and attended numerous workshops shaping his trading & psychological skills. Due to the cyprus crisis in early 2013 Bitcoin and cryptocurrencies came on his radar and have never left since.

In 2008 he started sending out his research about the gold market to his friends. Quickly his readership encouraged him to open his research to the public. His outstanding track record and his objective approach consequently brought him worldwide attention and a large international follower base. For many years he has been writing a bi-weekly in-depth gold & silver analysis for one of Germany´s largest gold and silver retailer „the pro aurum group“. Since April 2019 he is chief editor of the cashkurs-gold newsletter focusing on gold and silver mining stocks. As well he is publishing his international newsletter and research which is redistributed to many large financial websites.

In 2015 he started publishing his famous and outstanding „Midas Touch Gold Model“ and has helped lots of followers to protect their capital. Today he is well known for combining technical, fundamental and sentiment analysis into one accurate conclusion about the gold market. As well he has been a very early investor in the cryptocurrencies and brought his readers into Bitcoin below 370 USD, into Ethereum below 8 USD, into IOTA below 0.46 USD and into Steem below 1.00 USD. 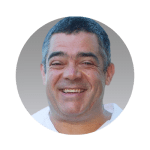 Outstanding abstract reasoning ability and ability to think creatively and originally has led over the last 25 years to extract new principles and a unique way to view the markets resulting in a multitude of various time frame systems, generating high hit rates and outstanding risk reward ratios.

Over 20 years of coaching traders with heart & passion, assessing complex situations, troubleshoot and solve problems principle based has led to experience and a professional history of success. Skilled natural teacher and exceptional developer of talent.Avid learner guided by a plan with ability to suppress ego and empower students to share ideas and best practices and to apply principle-based technical/conceptual knowledge to maximize efficiency.

Ability to notice and separate emotional responses from the decision-making process and to stand outside oneself and one’s concerns about images in order to function in terms of larger objectives. Developed exit strategies that compensate both for maximizing profits and psychological ease to allow for continuous flow throughout the whole trading day.

“In the end, truth is always relative but only when one has looked at it from as many different perspectives as possible, you have really come closer to her… The freedom to do this is our greatest asset and I am ready to fight for it with my life.“ – Florian Grummes

“I have a dream: Free Competition of Free Market Money coupled with Unstoppable Code“ – Florian Grummes

„Bitcoin can absorb the worldwide unprecedented fiat currency printing and has the potential to lead mankind into a new evolutionary dimension.“ – Florian Grummes

“Opposites compliment. In our dualistic world of Yin and Yang, body and mind, up and down, warm and cold, we are bound by the necessary attraction of opposites. In this sense you can view gold and bitcoin as such a pair of strength. With the physical component of gold and the digital aspect of bitcoin you have a complimentary unit of a true safe haven in the 21st century. You want to own both!” Florian Grummes

“Because the world has forgotten the monetary role of gold, our world is in serious trouble. That is the one major reason for the worrisome state of the world. The abandonment of gold as money, of the discipline of gold, is the major reason if not the only reason why our world has become a very dangerous place. In my opinion, it is the biggest tragedy in world history.” – Ferdinand Lips

“Don’t be a hero.  Don’t have an ego.  Always question yourself and your ability.  Don’t ever feel that you are very good.  The second you do, you are dead… my guiding philosophy is playing great defense.  If you make a good trade, don’t think it is because you have some uncanny foresight.  Always maintain your sense of confidence, but keep it in check.”- Paul Tudor Jones II

“They (traders) would rather lose money than admit they’re wrong…  I became a winning trader when I was able to say, “To hell with my ego, making money is more important” – Marty Schwartz

“To invest or speculate successfully, one must form an opinion as to what the next move of importance will be in a given stock.” – Jesse Livermore

“Speculation is nothing more than anticipating coming movements.” – Jesse Livermore

“In order to anticipate correctly, one must have a definite basis for that anticipation.” – Jesse Livermore

“The world is not rational but we insist on applying a rational mindset to explain the world and try to predict what the market will do. This will only creates losses, disappointment and often even drama and disaster. Instead we need an integrated approach between the rational left brain and the emotional intuitive right brain so we can open ourselves to what the market will give us and not force our believes upon the market.” – Unknown

“Opportunity is missed by most because it is dressed in overalls and looks like work.” –  Thomas A. Edison

“It is far more common for people to allow ego to stand in the way of learning.”  – Ray Dalio

“Nature gave us pain as a messaging device to tell us that we are approaching, or that we have exceeded, our limits in some way.”  – Ray Dalio

“If a man isn’t willing to take some risk for his opinions, either his opinions are no good or he’s no good.” – Ezra Pound

“Initiative is doing the right thing without being told.” – Victor Hugo

“A girl should be two things: classy and fabulous.” – Coco Chanel

“The most successful businesses have an idea for the future that’s very different from the present – and that’s not fully valued.” – Peter Thiel

“Decentralized: No one can take your property away. Centralized: Someone gives you permission to keep possession of said property. That’s why decentralization is binary, not a spectrum. You either have self sovereignty over your own property or you don’t. There is no in between.” – Jimmy Song

“The beginning of wisdom is the definition of terms.” – Socrates

“You were born to win, but to be a winner, you must plan to win, prepare to win, and expect to win.” – Zig Ziglar

“Be a free thinker and don’t accept everything you hear as truth. Be critical and evaluate what you believe in” – Aristoteles

“That men do not learn very much from the lessons of history is the most important of all the lessons that history has to teach.” – Aldous Huxley

“The next bear market is going to be the worst in my lifetime. Before all this is over, Gold is going through the roof.” – Jim Rogers 16th April 2018 (Billionaire & former hedge-fund managing partner of George Soros)

“Everybody should have a “Plan B” in the 21st Century and be willing to move country, residence and diversify investments internationally. Gold and silver “are going to be huge bubbles” and I favor silver as it is more depressed.” – Jim Rogers 14th August 2018 (Billionaire & former hedge-fund managing partner of George Soros)

“In an age of unlimited fiat currency printing, all value flows to scarce assets – and Bitcoin is the scarcest liquid asset in history.” – Robert Breedlove

“You ask a question to enhance your knowledge, not to try proving you are smart.” – Sadguru

“Socialism and freedom by definition exclude each other!” – Friedrich August von Hayek

“The only thing constant is change” – Heraclitus of Ephesus (~500 BCE)

“Madness is something rare in individuals — but in groups, parties, peoples, and ages, it is the rule.” – Friedrich Nietzsche

“Men, it has been well said, think in herds; it will be seen that they go mad in herds, while they only recover their senses slowly, one by one.” – Charles MacKay

“Three causes especially have excited the discontent of mankind; and, by impelling us to seek remedies for the irremediable, have bewildered us in a maze of madness and error. These are death, toil, and the ignorance of the future..” – Charles MacKay

“Under capitalism the common man enjoys amenities which in ages gone by were unknown and therefore inaccessible even to the richest people. But, of course, these motorcars, television sets and refrigerators do not make a man happy. In the instant in which he acquires them, he may feel happier than he did before. But as soon as some of his wishes are satisfied, new wishes spring up. Such is human nature.” – Ludwig von Mises, The Anti-Capitalistic Mentality

“The secret of freedom lies in educating people, whereas the secret of tyranny is in keeping them ignorant.” – Robespierre

“The only thing necessary for the triumph of evil is for good men to do nothing.” – Edmund Burke

“Truth is treason in an empire of lies” – George Orwell

“In a time of deceit telling the truth is a revolutionary act.” – George Orwell

“It is easy enough to be friendly to one’s friends. But to befriend the one who regards himself as your enemy is the quintessence of true religion. The other is mere business.” – Mahatma Gandhi

“Never believe anything in politics until it has been officially denied.” – Otto von Bismarck

“Capitalism without financial failure is not capitalism at all, but a kind of socialism for the rich.” – James Grant

“He who gives up a little freedom to gain a little security, deserves neither and will lose both” – Benjamin Franklin

“When the wind blows, even the turkeys fly!” – Old saying in the mining business

“A rising tides raises all boats!“ – Old saying on Wallstreet

Get our exclusive free Newsletter 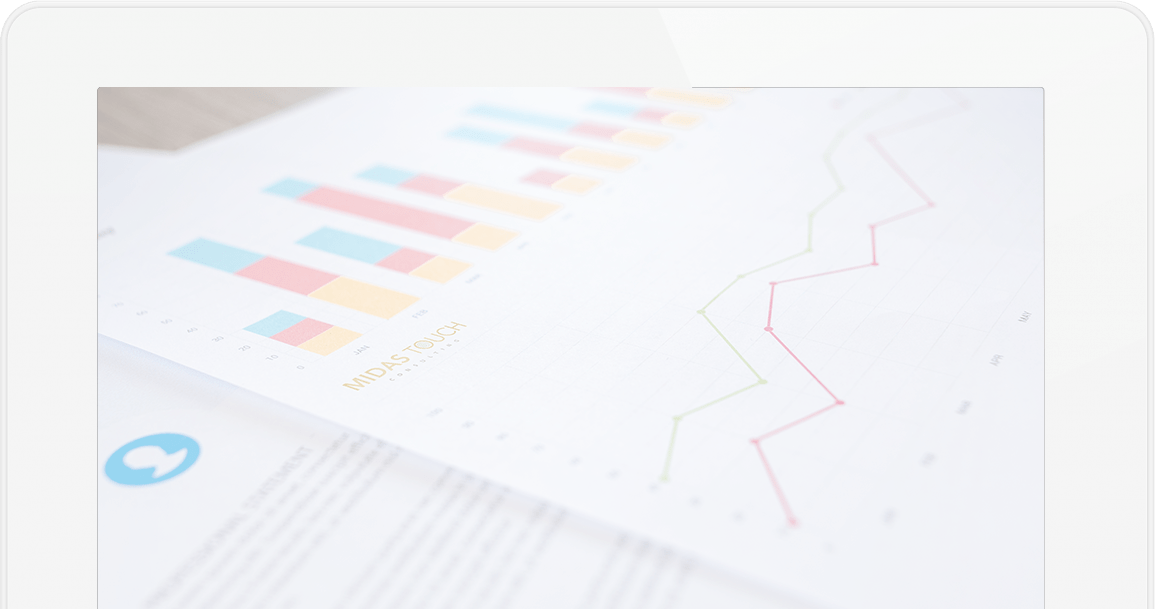 We’re here to help and answer your questions. Investment matters can be complicated, our experts are on hand to help inform you of every aspect regarding your investment.