After an initial thrust move has happened, this is the classical question most traders ask themselves. Reactionary trading is just that – the uncertainty of price directional change partially gone, but a low risk entry point vanished as well.

What now? One feels confirmed in ones belief that maybe there might be a follow through, but can’t accept the risk. It is the contrarian trader, who enjoys the much lower risk factor, but has the psychological challenge to step up to the plate, when things do not look that clear and rosy just yet.

We prefer this approach since there is no trading approach quite simple in nature toward human psychology. At least the contrarian one provides these low risk entries.

February 8th provided just such a scenario when BTC moved up 10% within a few hours: 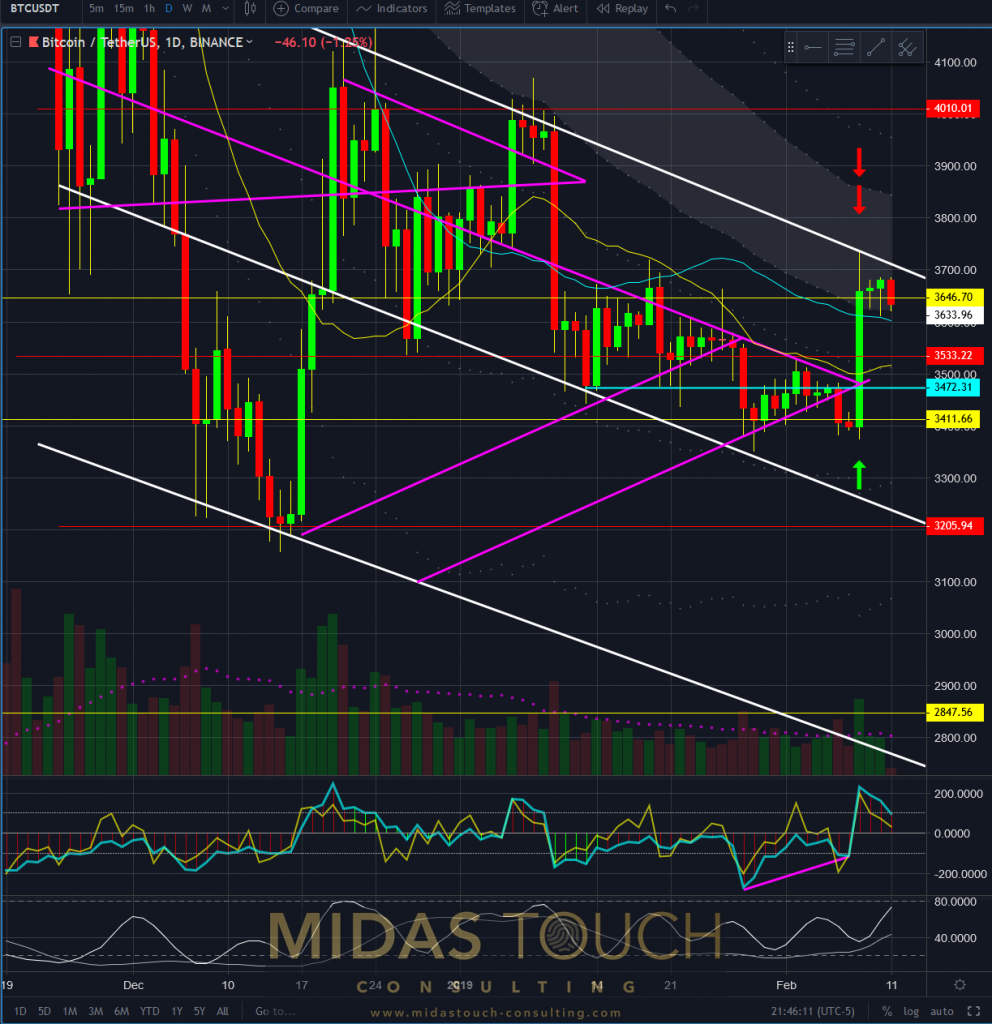 28 prior trading days highs got taken out within a few hours! What now? After a 10% move it is hard to be a participant. Where to enter, where to put a stop….?

We as contrarian traders were positioned before all this happened and took partial profits along the way. Another example of why we advocate the “Quad Exit Strategy“.

The Quad Exit Strategy honors the principal of “Choices” (=I am all in and my system has a high expectancy of immediate profits, so I exit half of my position for immediate financing of the trade meaning I get out with half for small profits. I will take another 25% of position on my first target and another 25% on my 2nd final target). 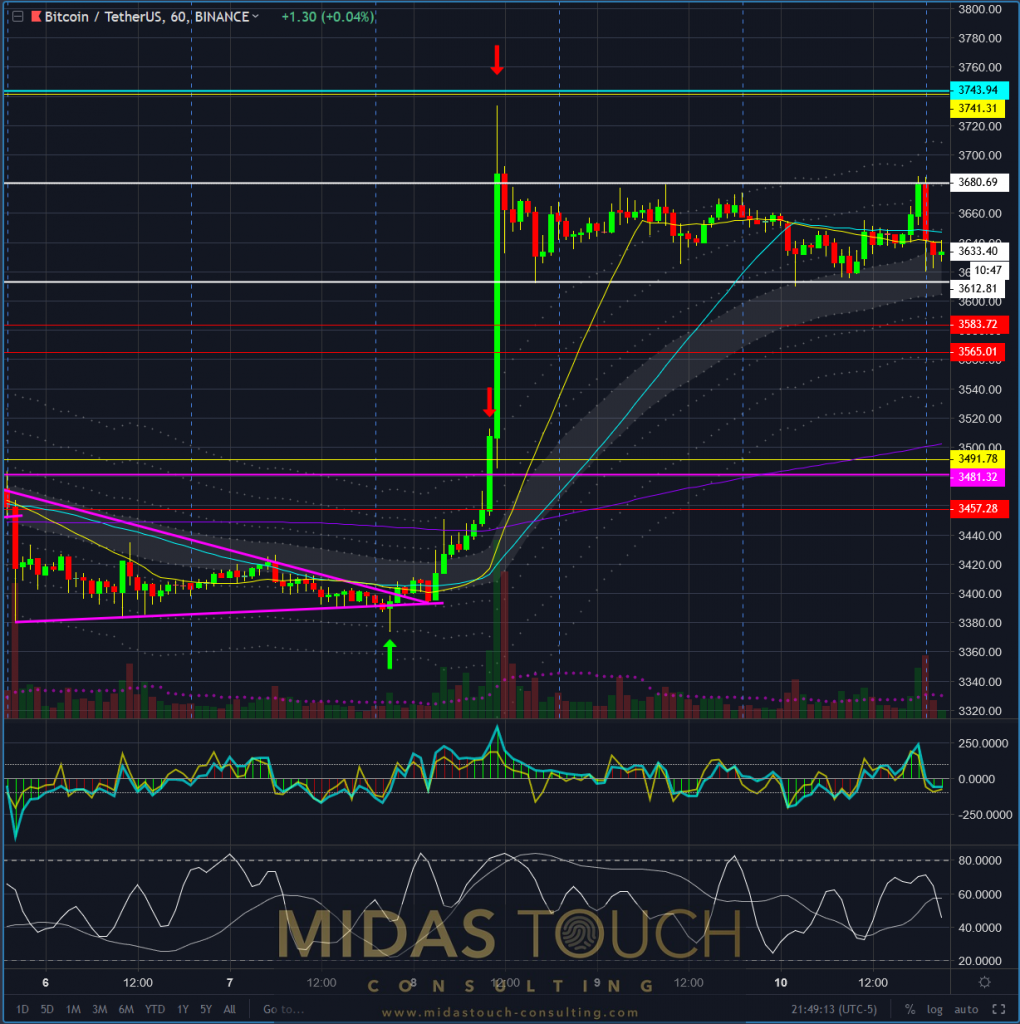 What now? Fear of missing out might creep in and suggests a breakout trade from this weekends congestion zone, for all those who aren’t positioned yet. But again: Where to put the stop, and how far will the move reach to provide for an acceptable risk reward ratio…?

In our humble opinion only an entry of a retracement to lower support /resistance price zones is sensible from a risk perspective at this point.

So as attractive as weekly charts might be, it isn’t always easy to be a market participant, if not in early: 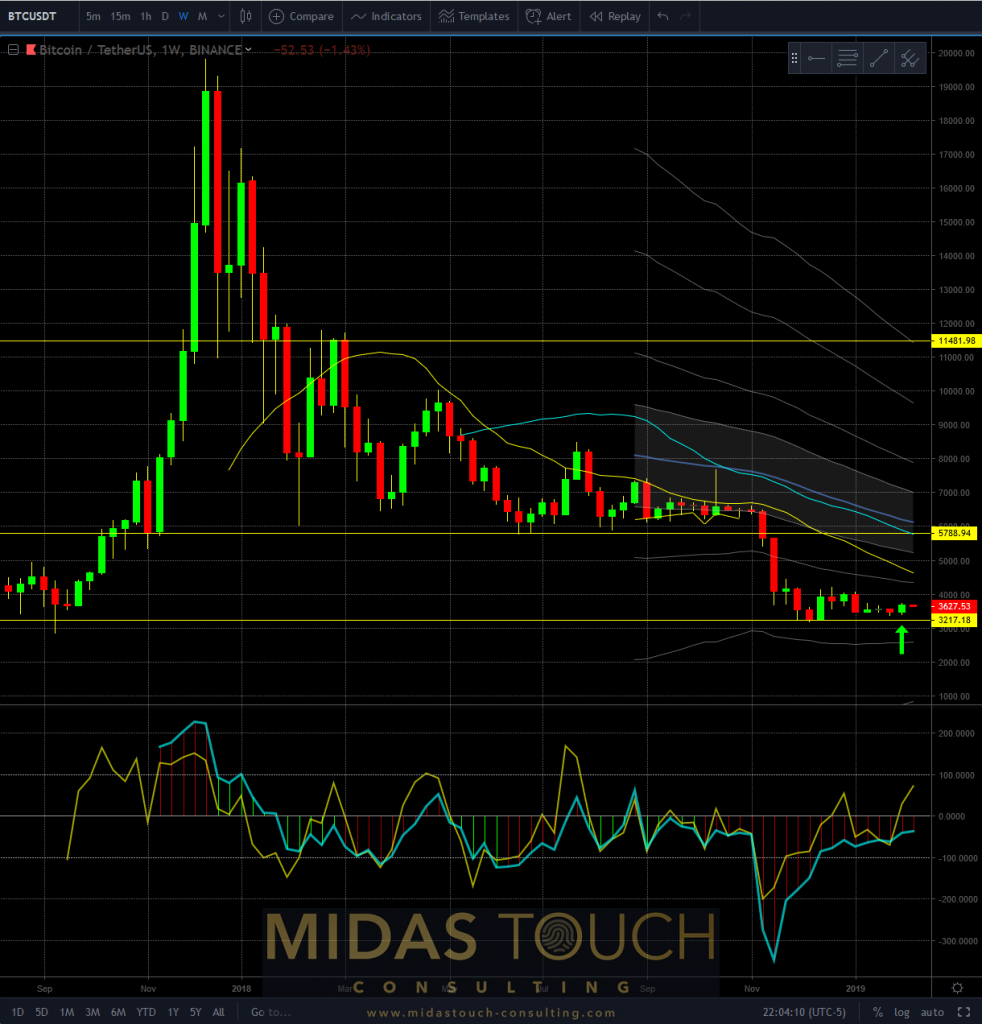 And monthly charts do not suggest to simply step up a time frame, which would allow for wider stops: 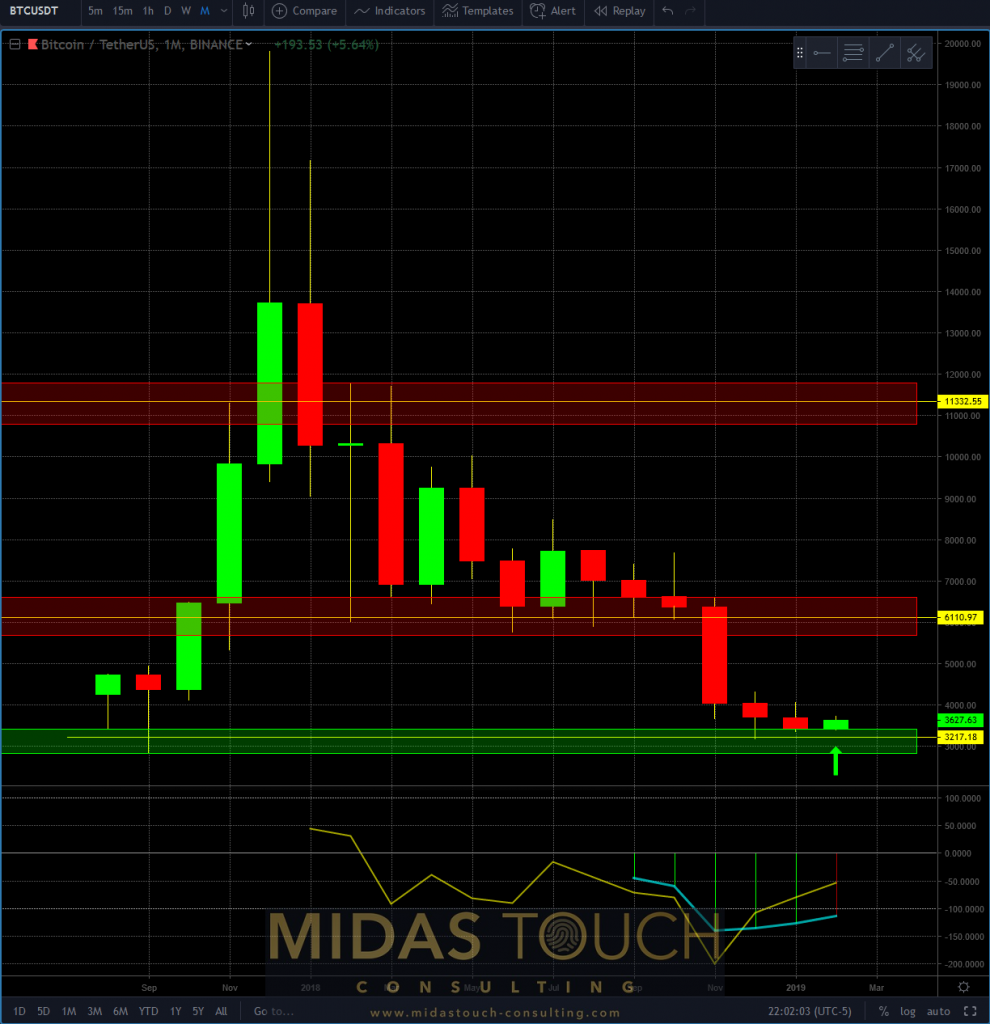 It leaves the professional with no other choice than stepping up to the plate at a time uncomfortable to the mind, and doing so with confidence. Once prices have advanced to levels clear to the whole world, of a possible change in direction, opportunity cost is rising to levels unacceptable for the low risk trader.