Typically, the focus is on price when talking about trading. Still, just like “entries” get more attention because they come first, professionals know that it is “exits” that deserve the more significant amount of attention. It is the risk where the focus should be; related to time much more versus price. The emphasis superseding all is psychology. Psychology separates the amateur from the professional. One subset of this essential aspect of trading is the analysis of which groups with their specific psychology trade the market in focus. Such a study provides insight into the overall trading behavior of a particular trading instrument, bitcoins trading psychology. 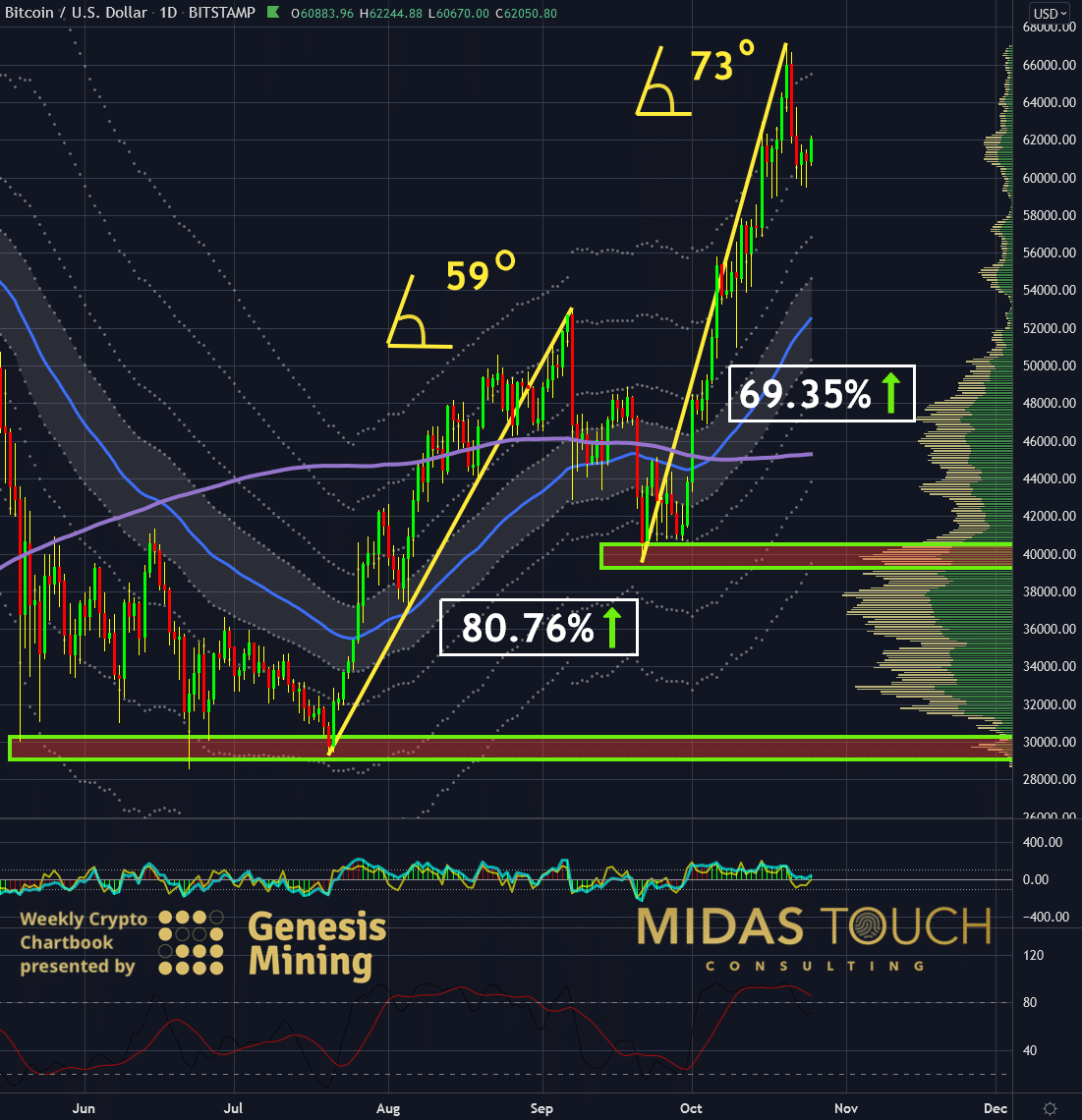 From a pure price perception, it might seem that the consistency bitcoin holds in price bubbles might be of the same origin, but they are not. In 2009, the value of the coin was zero, and fans exchanged it more like reminding of a seedy Star Wars bar exchange of true fans for a new idea, technology, beliefs, and freedom. Even so, bubbles arose a year later, and the price was driven by extreme supply and demand imbalances due to ill-liquidity when news hit the media.

Since these times, we have seen all sorts of traders, speculators, investors, banks, hedge funds, governments join the speculation in a profitable market. Each with their specific mindset, interests, and trading psychology. The latest shift is now the race of governments getting a hold on the worldwide dominance reign. They will be true hodlers. Before that last influx, the bitcoin market was dominated by pure speculators for the most part. In a sense, they were forced into this market to stay competitive. Wide swings were the result since there was little incentive to stay in this game for the long term or, in other words, taking the risk on the large downswings.

One first step, identifying in which market and cycle one is competing, are comparing up-legs in size (percentage) and steepness (time).

The daily chart above shows such measurements of the last two significant moves in bitcoin this year.

It has taken bitcoin only three months to more than double in price. 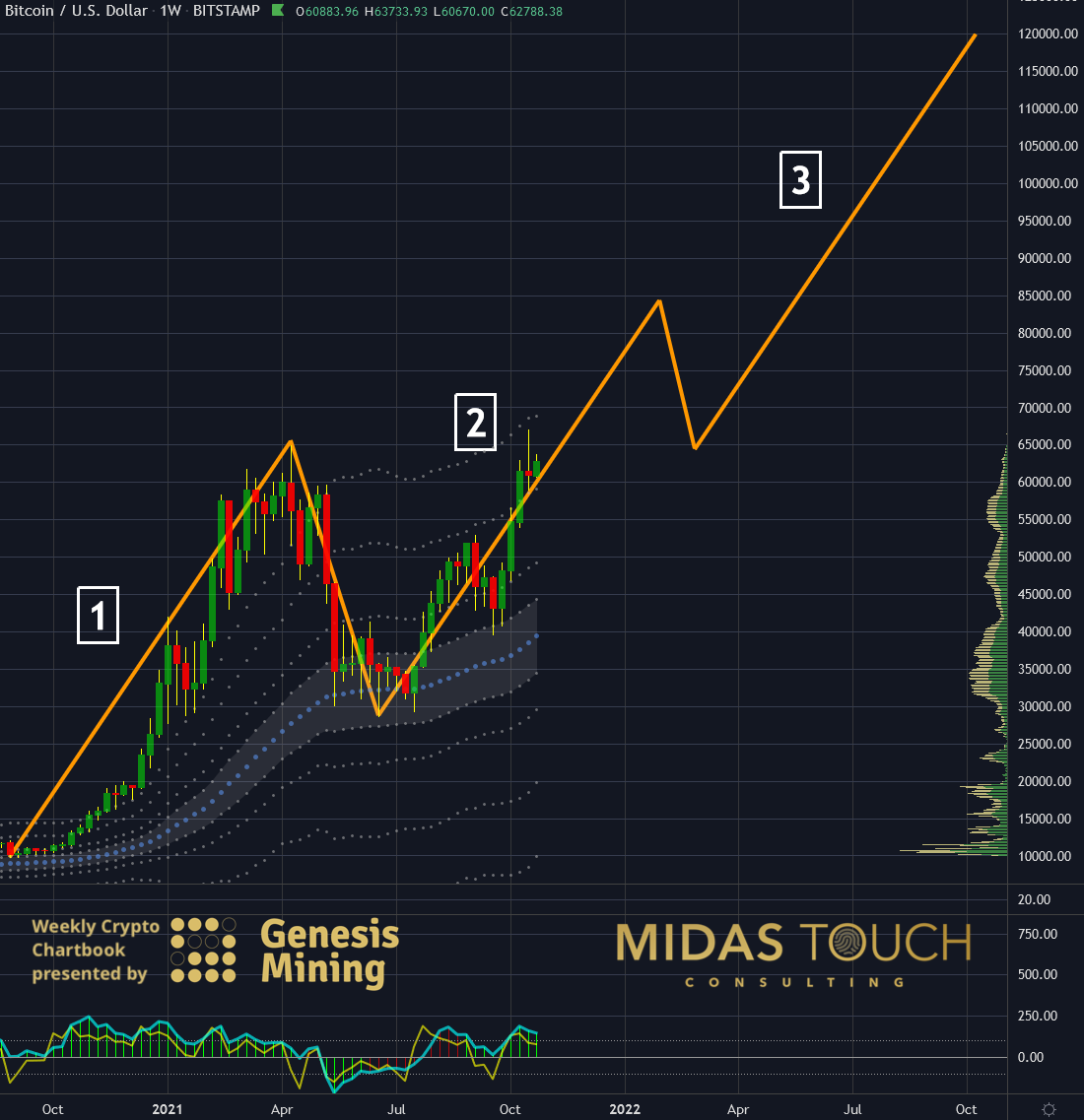 With governments and the wider population now being the last to come to the party, we will see a shift in the trading behavior of bitcoin. This needs adjustment in one’s trading style to be part of this craze for the virtual, decentralized future.

One such shift in the process may be a reduction of retracements depth within the second leg from a weekly perspective. We have drawn a projection of the second leg highly conservative in the chart above. Conservative, since second legs are typically longer, and we only assumed an identical extension to the first leg (1=2=3 in length and angle). 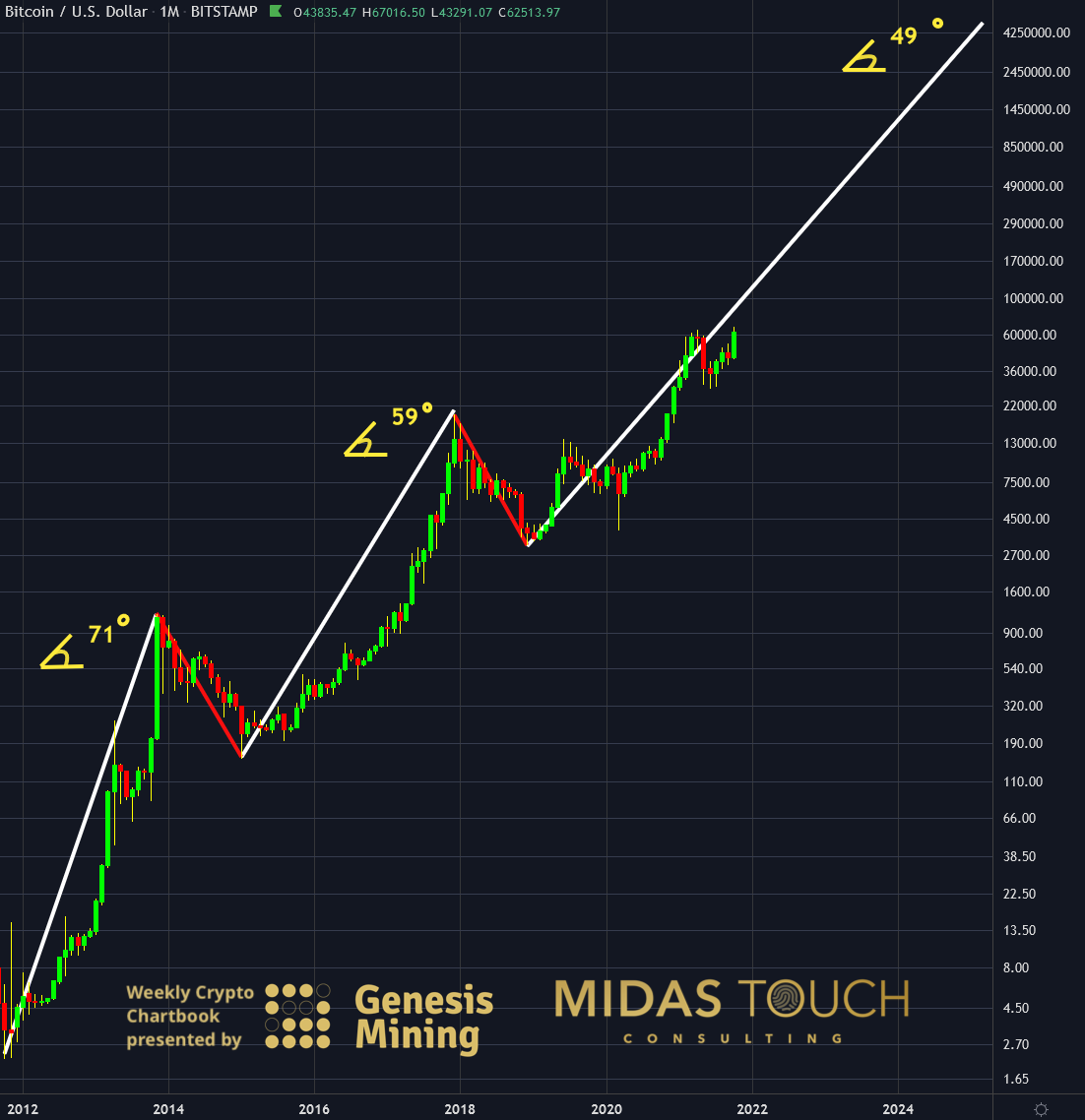 Bitcoins’ childhood days have long passed. Seedy bar purchases have changed for high liquidity and professional exchanges with advanced order execution functionality. The big guns sit on the table, and as such, trading has shaped up. The individual is now playing against the best in the world, like in any other asset class, and risk should be perceived as such.

Nevertheless, a larger time frame play for wealth preservation and a hedge against inflation is controllable in risk. Market participation analysis allows for a better grip on what to expect and scales in on targets from a time perspective. The above monthly chart illustrates our view of a possible future. The logarithmic chart shows best what inherent strength bitcoin possesses.

The largest group that is not invested in bitcoin yet is the more significant part of average citizens. Consequently, we will find ourselves in an extreme supply demand imbalance due to bitcoins fixed limit of 21 million coins. More importantly, we will discover new trading behavior with a new group participating, with new psychology. These purchases will be made by amateurs who are motivated by fear more than greed. This market participant will be a long-term speculator trying to hold on to his investment versus making a quick buck. We anticipate more moderate overall retracements percentage-wise. As well, we expect steeper legs up. These will result in a different system needed to participate in a market with low-risk entry points.