Since the end of last week, Bitcoin has broken through some very significant support levels. These were established during the last couple of months. The close below the 50 week moving average and below the ascending trend-line is now confirmed. As those supports were valid since early February 2018, I am now expecting a long term bear-cycle. This cycle could last until the end of the year. However, this could give some nice swing trade opportunities for short positions in the very near future. 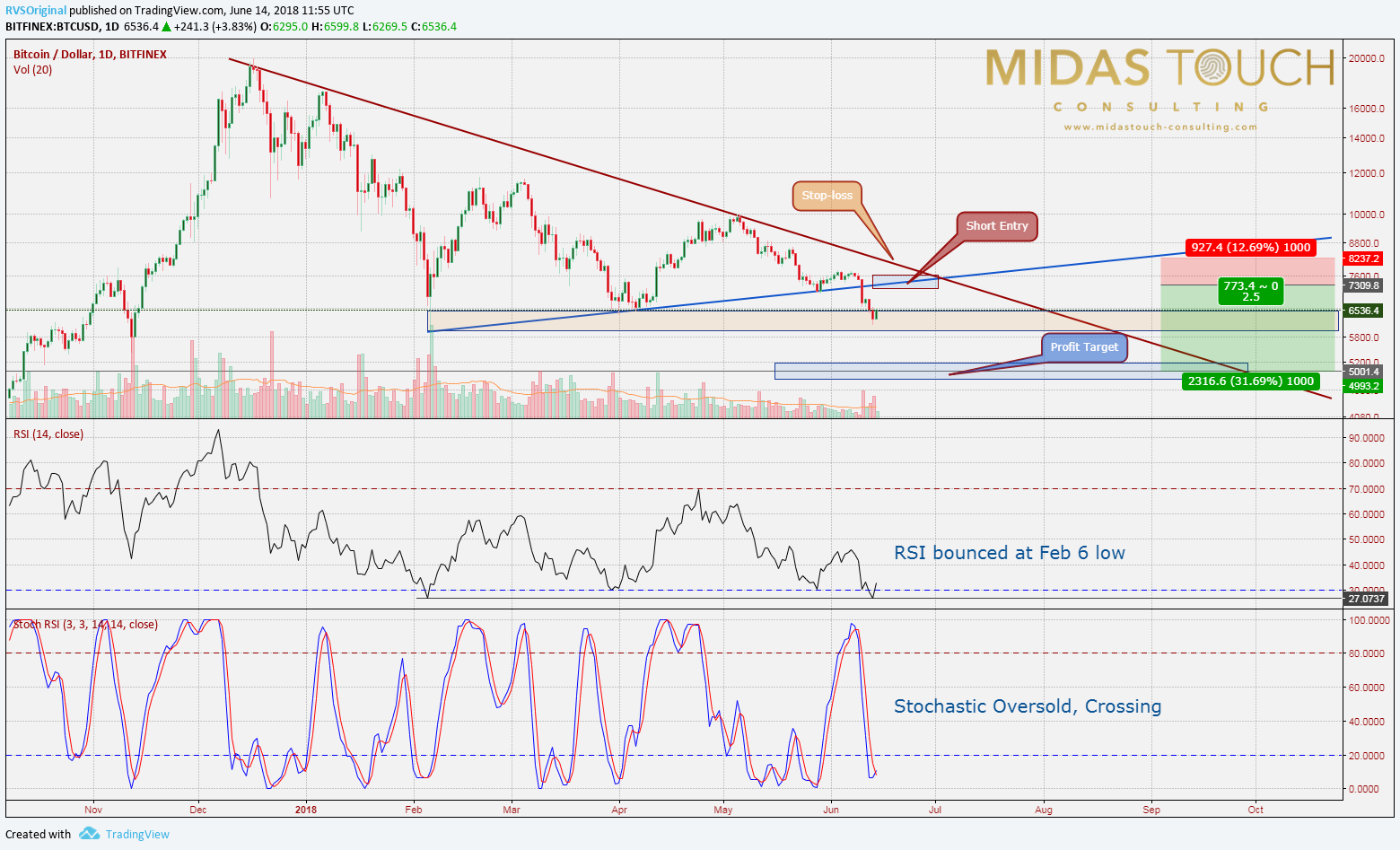 After the break of the ascending trendline, Bitcoin is now staying around the $6,450 support. While the daily RSI is already in oversold range, an even lower RSI (e.g. February 6th) could still be possible. As the Stochastic is also approaching its oversold range, some sort of a bounce in the next few days or weeks is probable. Yet, the overall sentiment is very bearish at the moment, which is why it is very likely that Bitcoin won’t break the former trendline support, which now acts as a major resistance. Shorts should be laddered between $7,000 and $7,300 with a stop loss at roughly $7,900 (above the descending trendline) and a profit first target of  $5,000. 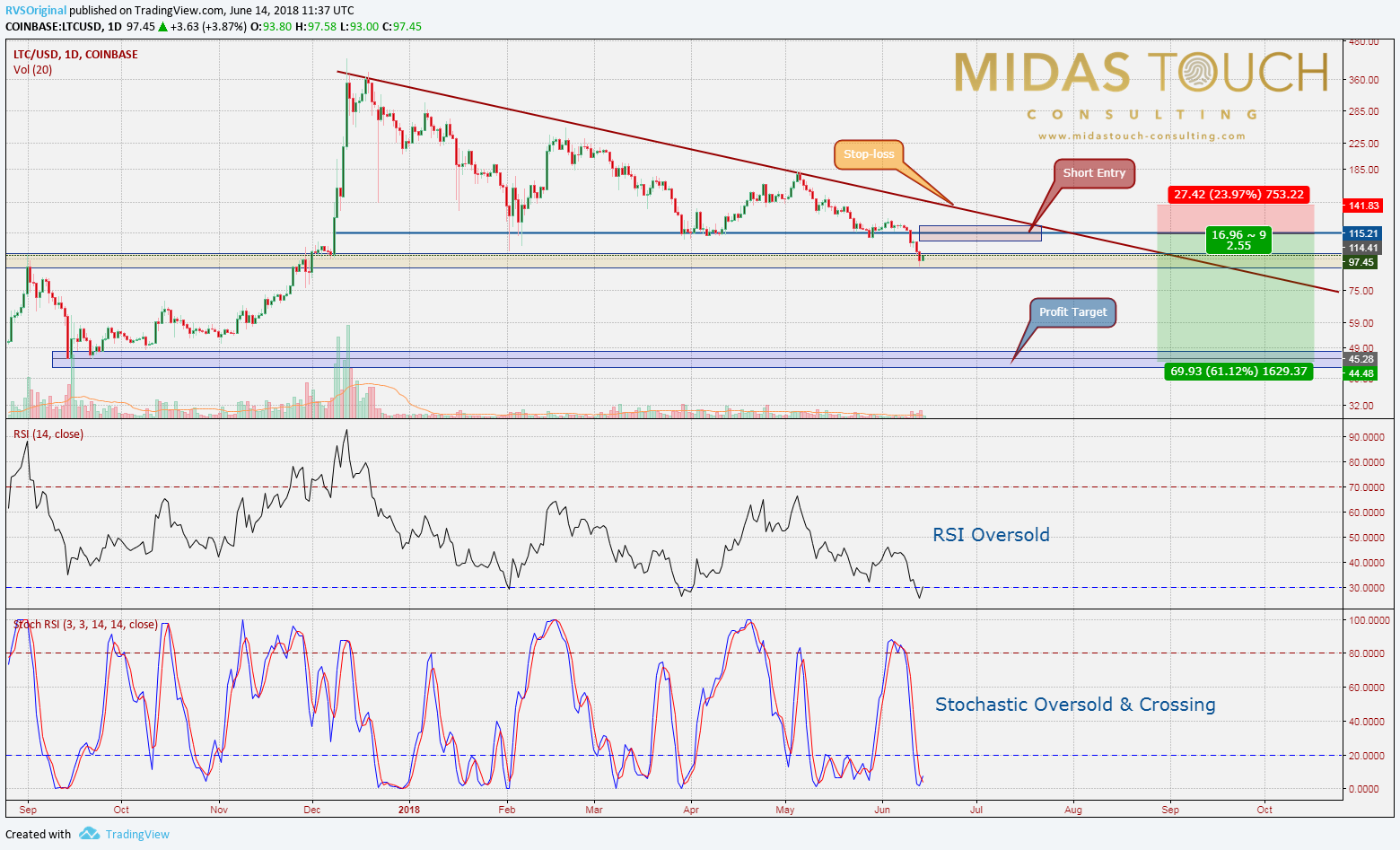 Litecoin recently broke out of a giant bearish descending triangle pattern. Right now the price is sitting at the former swing high support of $90. Similar to Bitcoin, the daily RSI as well as the Stochastic RSI are in the oversold range right now. If a bounce brings LTC back to the former triangle support, that would result in a promising shorting opportunity. Trades should be entered between $110 and $115. A stop loss could be placed at the descending trendline resistance (~ $140). The profit target should be around $45. 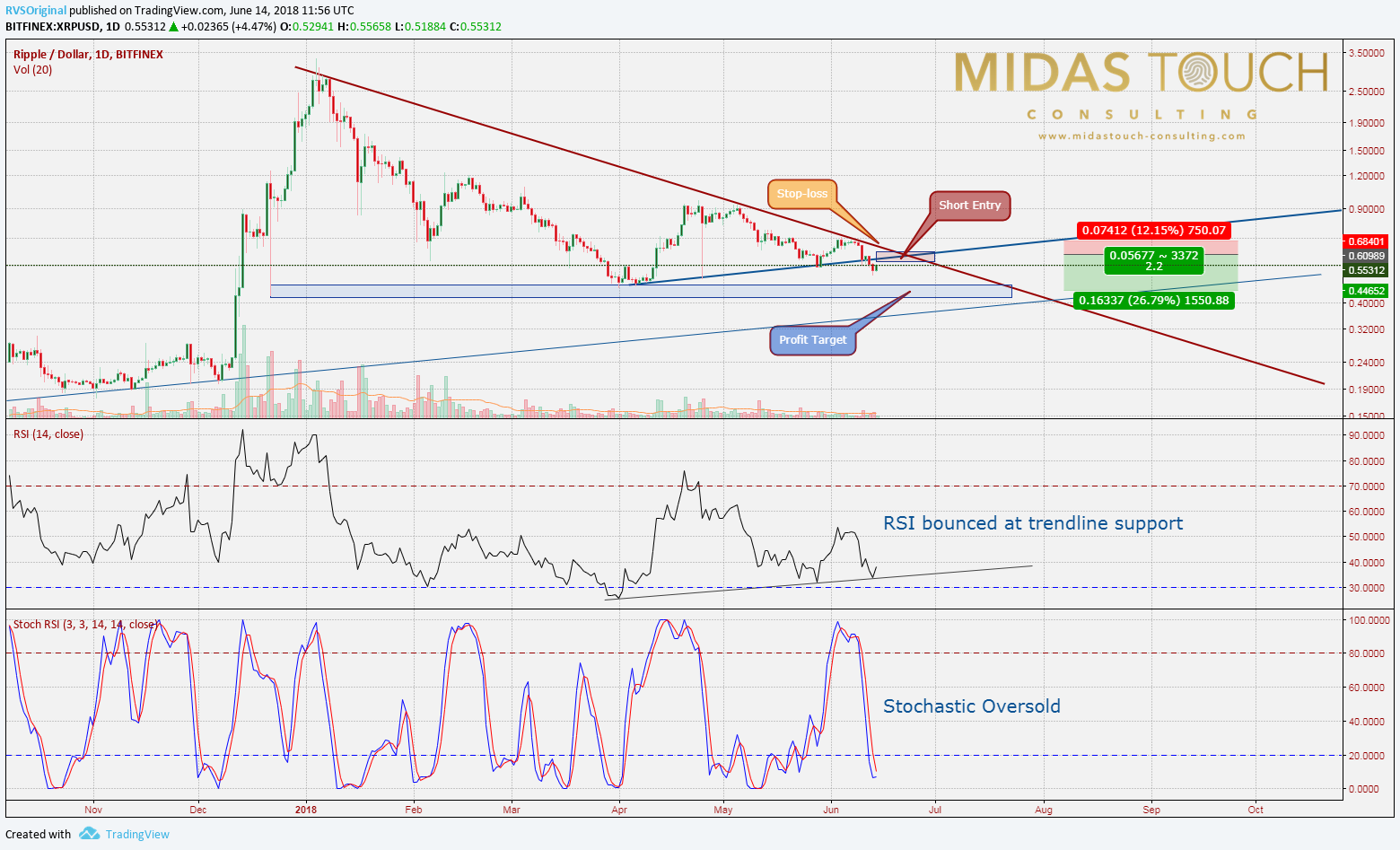 Ripple (XRP) successfully closed below the ascending trendine yesterday, too. The RSI is not in the oversold range yet, but if Bitcoin performs a bounce, XRP will most likely follow. Shorts could be placed between $0.57 and $0.581 with a stop loss at $0.64 and a potential target around $0.46.