Zilliqa is the world’s first high-throughput public blockchain platform – designed to scale to thousands of transactions per second. Zilliqa brings the theory of sharding to practice with its novel protocol that increases transaction rates as its network expands. Sharding is a type of database partitioning, that separates very large databases the into smaller, faster, more easily managed parts called data shards. The word shard means a small part of a whole.

The platform is tailored towards enabling secure data-driven decentralized apps. As well it is designed to meet the scaling requirements of machine learning and financial algorithms. Zilliqa has been under research and development for two years and powered several ground-breaking deployments commercially.

Investors mainly became aware of Zilliqa due to its outstanding performance in April 2018. For that months it was amongst the absolute top gainers. From April 6th to May 5th 2018, the price of Zilliqa increased by over 350 percent in Bitcoin value, reaching a peak at almost 1.6 billion USD market capitalization. 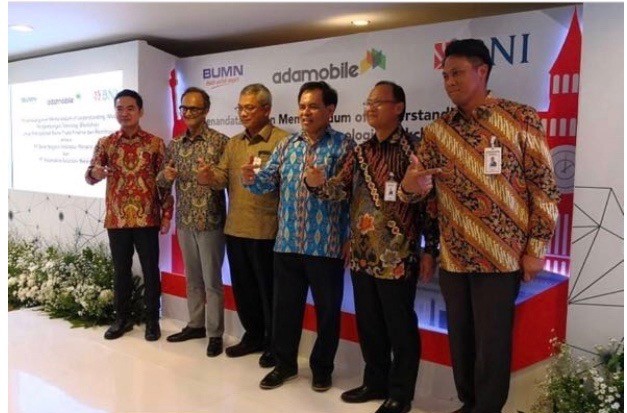 The impressive cryptocurrency for this high performance blockchain held its ICO in the very beginning of January this year. Just a couple of days ago state owned BNI Bank, one of Indonesia’s largest banks, announced the selection of Anquan in Singapore, to build blockchain applications for remittance and trade finance. Anquan’s private, permissioned blockchain technology is powered by Zilliqa. Based on Ziliqa, the Anquan blockchain technology can process thousands of transactions per second. It is secured by hardware rooted security, which enables unprecedented levels of safety and privacy control. With this step BNI will set the pace for technology innovation in the world’s fourth largest country by population.

While Ziliqa offers very similar features as Ethereum, it aims to achieve a much higher transactions per second rate. By using sharding technology, Zilliqa already achieved around 2,500 TPS with 6 shards and 3,600 nodes in their test-net.

In comparison to other high performance blockchains, Zilliqa is trying hard to maintain decentralization and keep the number of nodes high. The release of the main-net is scheduled to happen in Q3 of 2018. The coin can be traded on a great variety of exchanges, like Binance, Bithumb, UpBit or Huobi. 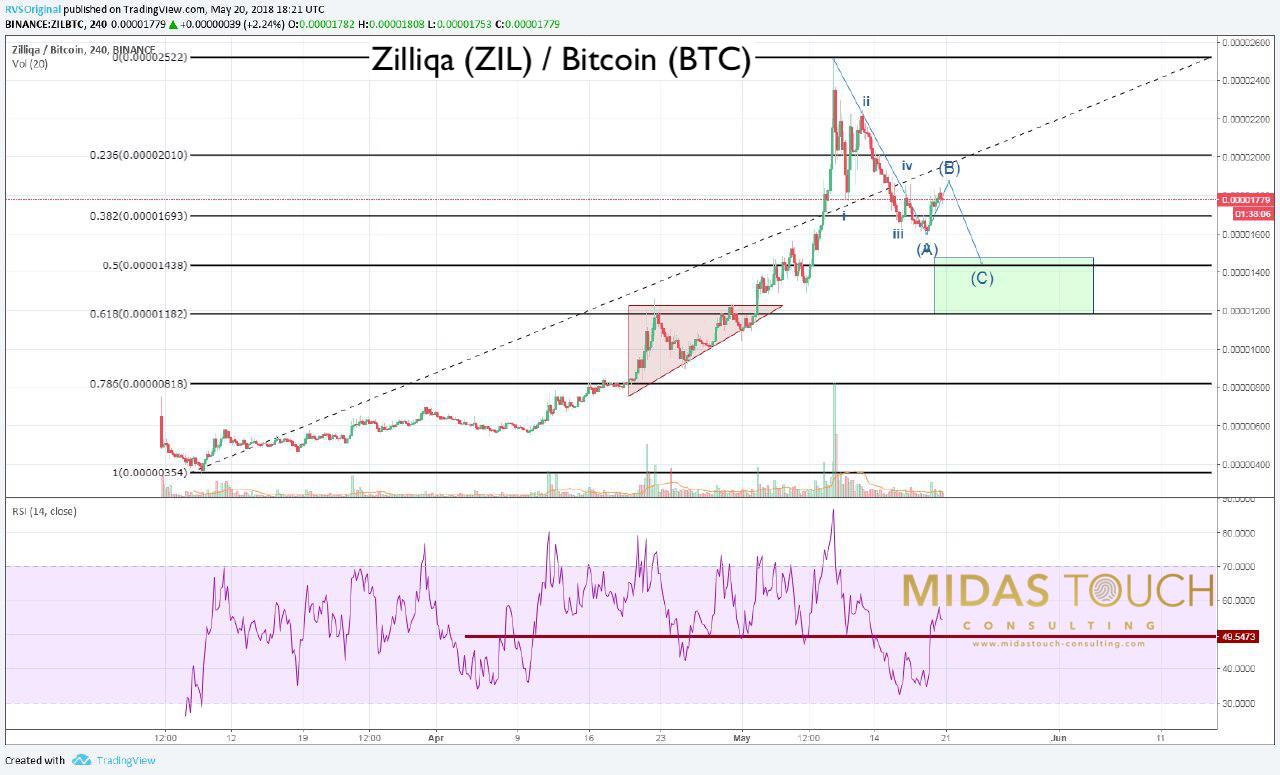 After a tremendous rise in the past month, Zilliqa is now in a short-term correction. At the moment we can see the price struggling at the 0.382% Fibonacci level. Since the increase was quite rapid, we can expect a retracement to the typcial 0.5 to 0.618% levels. Zilliqa might retrace into this golden zone in form of a ABC pattern. The 0.618% level offers an additional support, as the price previously breached an ascending triangle in this range. Furthermore the 50 RSI level can be considered as another support. Traders who want to join the rally should place their buy orders in a range of 1,140 to 1,450 Satoshi.

Zilliqa has been the top performer in April and can convince with its high throughput public blockchain. Prudent investors and traders are patient here and wait for a pullback into the typical Fibonacci-Retracement zone towards 1,140 to 1,450 Satoshi.