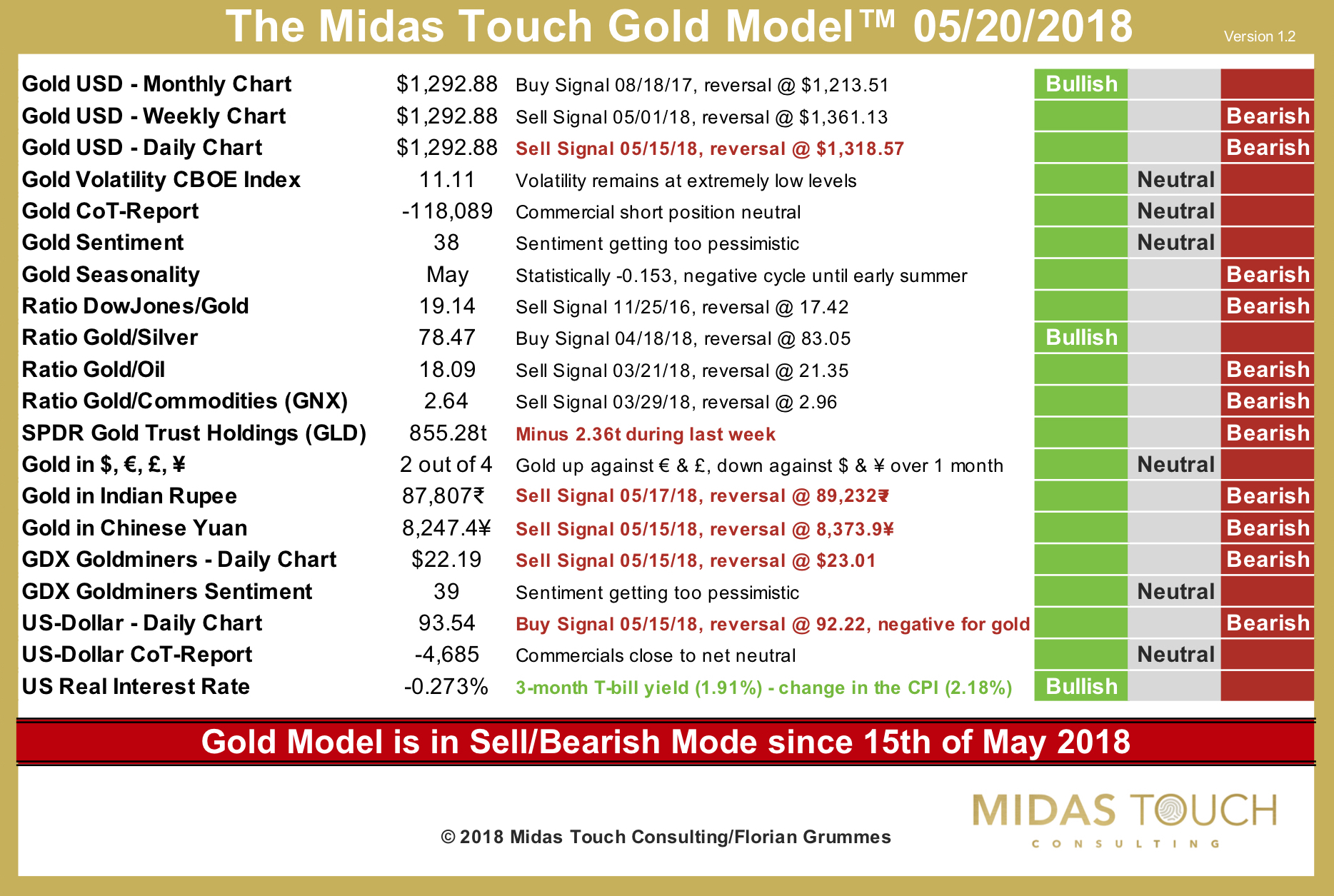 Finally gold broke through its multi months support at 1,305 USD and has moved clearly below 1,300 USD. We have anticipated this scenario since end of January. Our Midas Touch Gold Model™ immediately flipped back into bearish mode last Tuesday. Unfortunately the model had just went back to neutral the week before. As already noted last week, the model is mainly a trend-following tool and as such susceptible to trend changes and traps that are inevitable in financial markets.

The main reason for its bearish conclusion are multiple new sell signals on the daily charts for gold in US-Dollar, Indian Rupee and Chinese Yuan. As well the goldminers (GDX) are back to a sell signal. On top the US-Dollar is back to buy signal which translates into a new sell signal for gold of course. The SPDR Gold ETF (GLD) has seen inventory reduced by 2.64t. Meanwhile seasonality remains bearish as well. The only new positive signal comes from the confirmation of the negative US real interest rate. 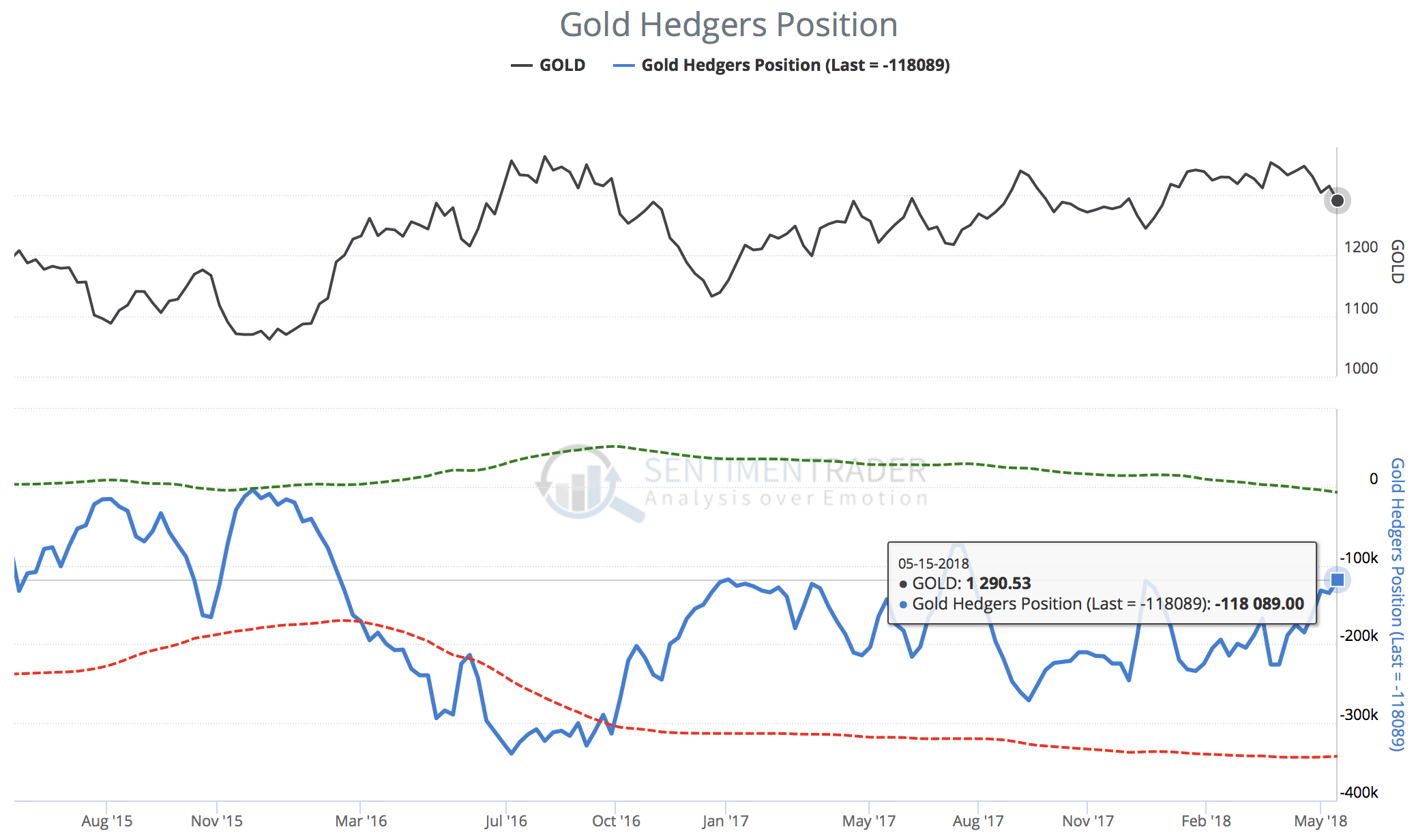 A positive side note are the improving CoT numbers. The commercials continued to reduce their short position but have to approximately cover another 38,000 short contracts to shift the CoT signal into bullish mode.

The fact, that gold has not collapsed (compared to autumn 2016 when it broke through 1,300 USD as well) is positive. Despite the technical damage it has hold up quite well so far. Actually gold is pretty oversold on its daily chart, which could lead to a little snap back rally next week. But I guess for now, bulls will have a hard time pushing gold back above 1,305 USD.

To conclude, the Midas Touch Gold Model™ is bearish and confirms the weak set up in the precious metals sector. We still expect lower prices to come but don’t see gold crashing here. Short-term we expect a short-lived bounce, followed by another sell off probably during the extremely weak seasonal month of June. We continue to patiently wait for gold to move into our buying zone around 1,275 – 1,250 USD. There is still no reason to chase the metal at this point.