The Midas Touch Gold Model™ – neutral since end of May! 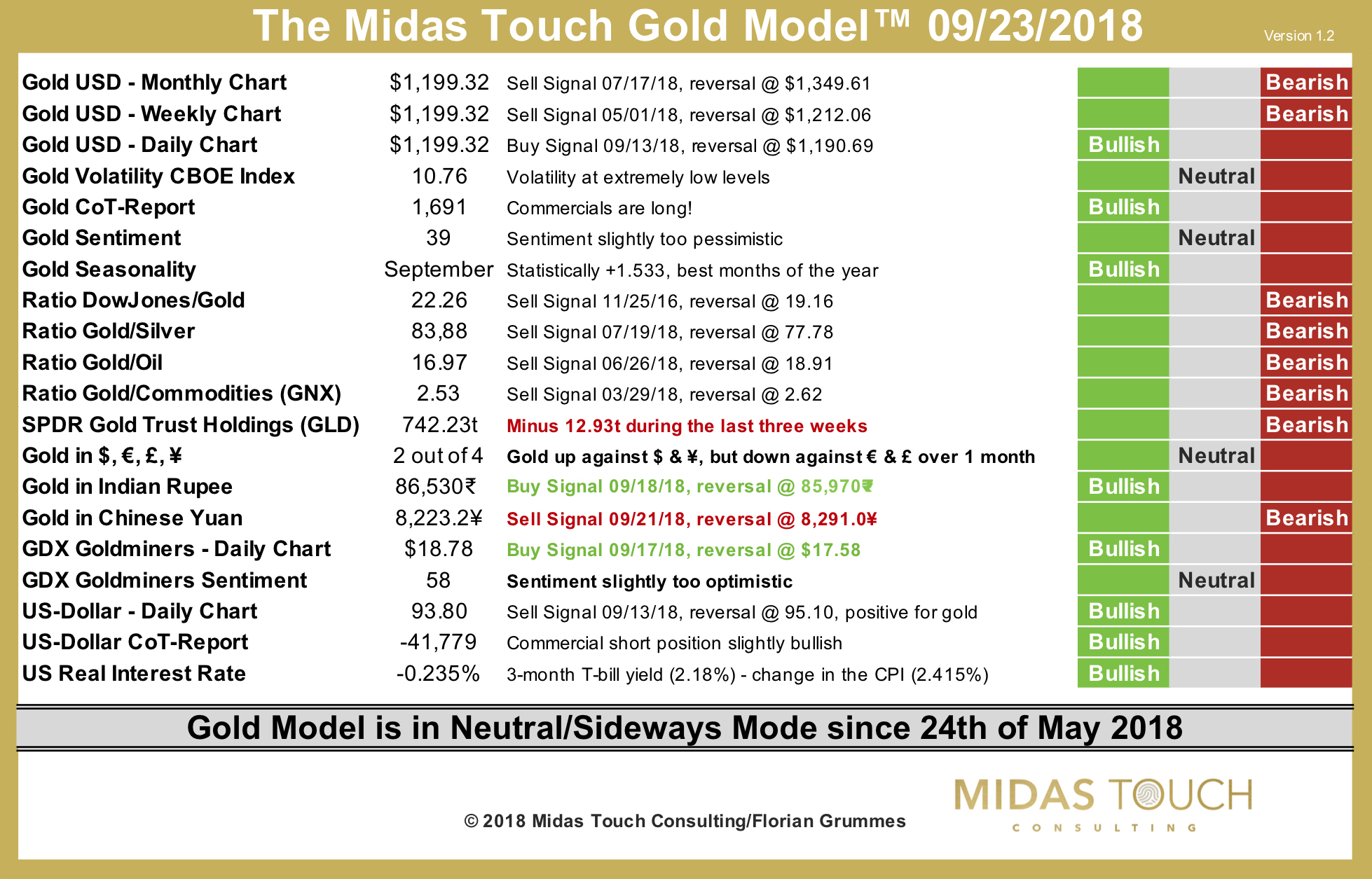 Since nearly a month gold is hovering around the big psychological number of 1,200 USD. Initially it looked as though the bounce/recovery after the severe down leg from 1,365 USD to 1,160 USD had started. But gold already run into strong resistance at 1,210 USD and never made it sustainably above this level. Although beaten down and oversold, gold obviously has serious problems to get on its feet again. 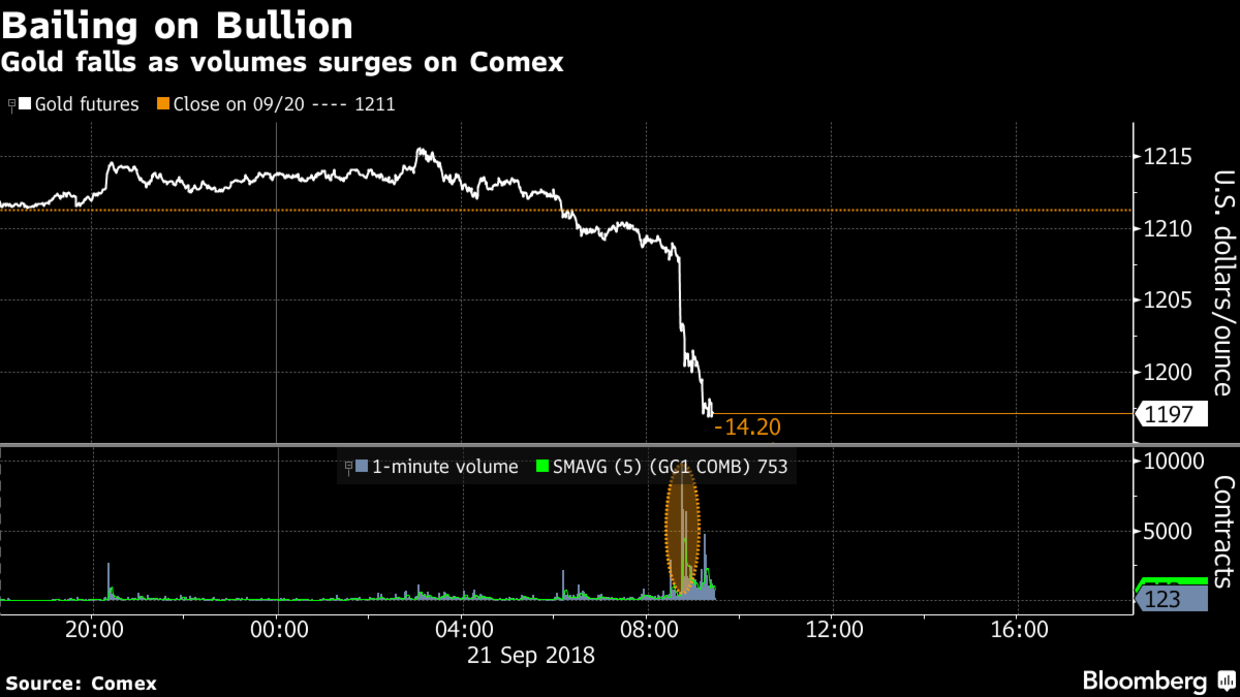 On top, last Friday gold futures recorded their biggest loss in five weeks after somebody dumped 10,000 December contracts at 8:45 am on the Comex in New York. According to Tai Wong, head of base and precious metals trading at BMO Capital Markets in New York, “someone had a lot to sell and wasn’t clever about it”. Thanks to that 15 USD drop, gold is trading below 1,200 USD again, starting into the new week with a negative emphasis.

Collecting all the important data-points, our Midas Touch Gold Model™ remains neutral for the fourth month in a row. There have not been any significant changes besides a shift from bearish to bullish on the daily chart for Gold in Indian Rupee and the GDX Goldminers ETF. Other than that, the new sell signal for Gold in Chinese Yuan continues to show how fragmented the short-term trend for gold in various currencies indeed is. In Euro for example gold is making new lows and moving close to the psychological support at 1,000 EUR. In US-Dollar instead gold has to drop below 1,190 USD again, before the daily chart moves back into bearish territory.

Overall the Midas Touch Gold Model™ once again urges for patience and clearer signals. A sideways consolidating market is very difficult to play. Therefore, speculators should simply remain at the sidelines and wait for a more promising constellation. This could either be a decisive break of 1,210 USD to activate more upside or a break of 1,185 – 1,190 USD to signal one more final sell out wave (probably towards 1,120 – 1,130 USD). In any case, gold´s lame and weak price behavior over the last five weeks certainly argues for more downside.

Florian Grummes is an independent financial analyst, advisor, consultant, trader & investor as well as an international speaker with more than 20 years of experience in financial markets. He is specialized in precious metals, cryptocurrencies and technical analysis. He is publishing weekly gold, silver & cryptocurrency analysis for his numerous international readers. He is also running a large telegram Channel and a Crypto Signal Service. Florian is well known for combining technical, fundamental and sentiment analysis into one accurate conclusion about the markets. Since April 2019 he is chief editor of the cashkurs-gold newsletter focusing on gold and silver mining stocks. Besides all that, Florian is a music producer and composer. Since more than 25 years he has been professionally creating, writing & producing more than 300 songs. He is also running is own record label Cryon Music & Art Productions. His artist name is Florzinho.