The Midas Touch Gold Model™ is in neutral mode since 22nd of February 2018! 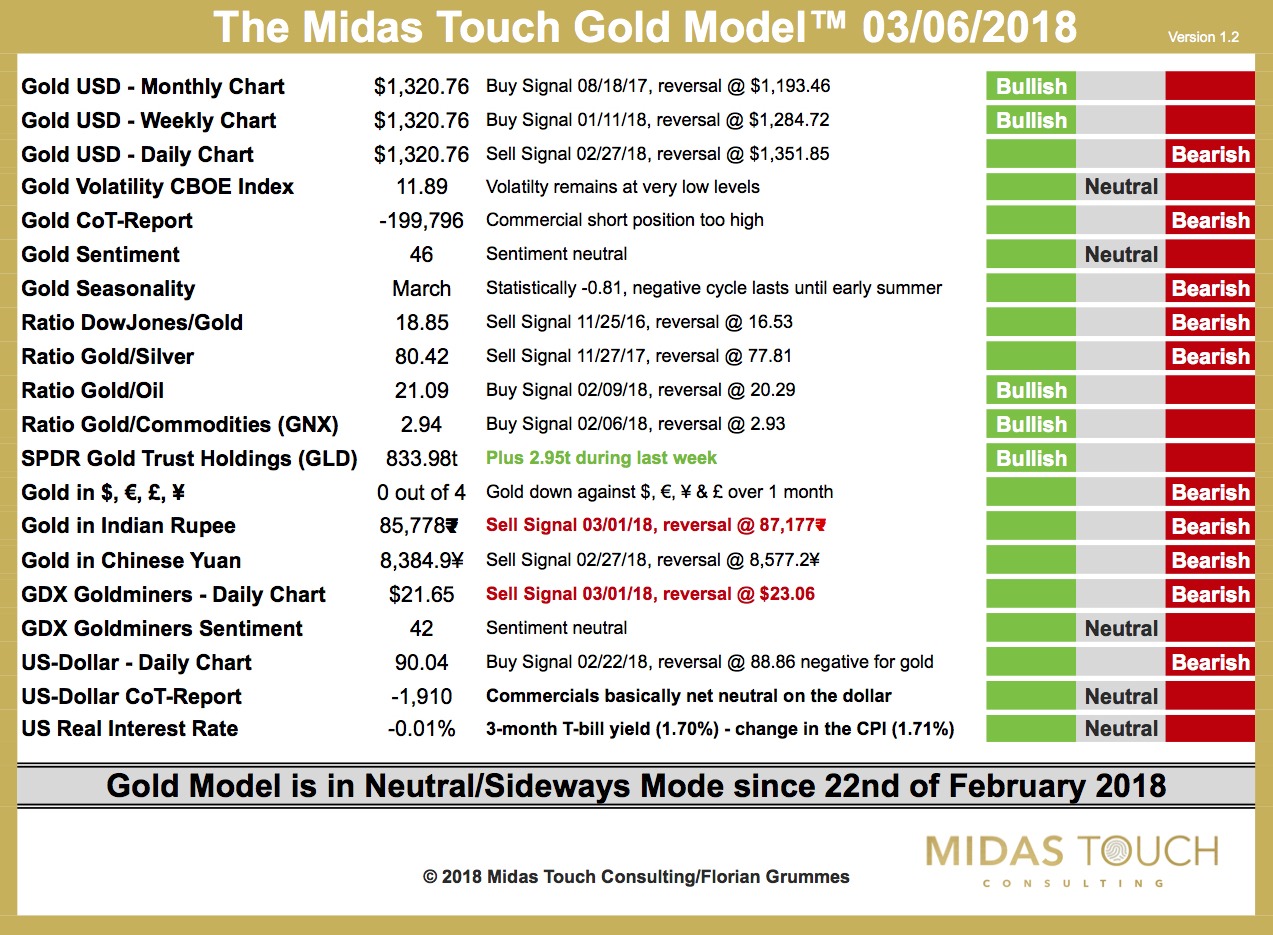 The Midas Touch Gold Model™ has been in neutral mode since 22nd of February and so far gold basically has been trading sideways between 1,303 USD and 1,330 USD with an obvious bearish undertone.

Over the last week most parts of the Midas Touch Gold Model™ have not changed. A positive signal comes from the most important gold ETF “GLD”   which added 2.95t of gold to its holdings. On the other hand Gold in Indian Rupee and GDX Goldminers Daily Chart have both switched to a sell signal. A new neutral reading comes from the CoT-Report for the US-Dollar. As well the calculated US real interest rate is now basically 0% which means a neutral rating within the context of our model.

Overall the Midas Touch Gold Model™ remains neutral and currently urges to stay at the sidelines. Even though gold is still able to hold above 1,300 USD and also keeps eyesight with the most important resistance zone between 1,350 USD – 1,375 USD the seasonal window is negative. In such an environment a large rally would be a surprise. Short-term swings and bounces are normal and part of the game but to expect something more sustainable over the next 1-3 months is not realistic.

It is more likely to see gold dancing around the psychological number of 1,300 USD as well as retreating to its rising 200MA which is currently sitting at 1,288 USD. As well a final sellout towards at least 1,285 USD maybe 1,260 USD should be expected before gold will be ready to start its typical summer rally somewhere in July from then probably oversold levels.