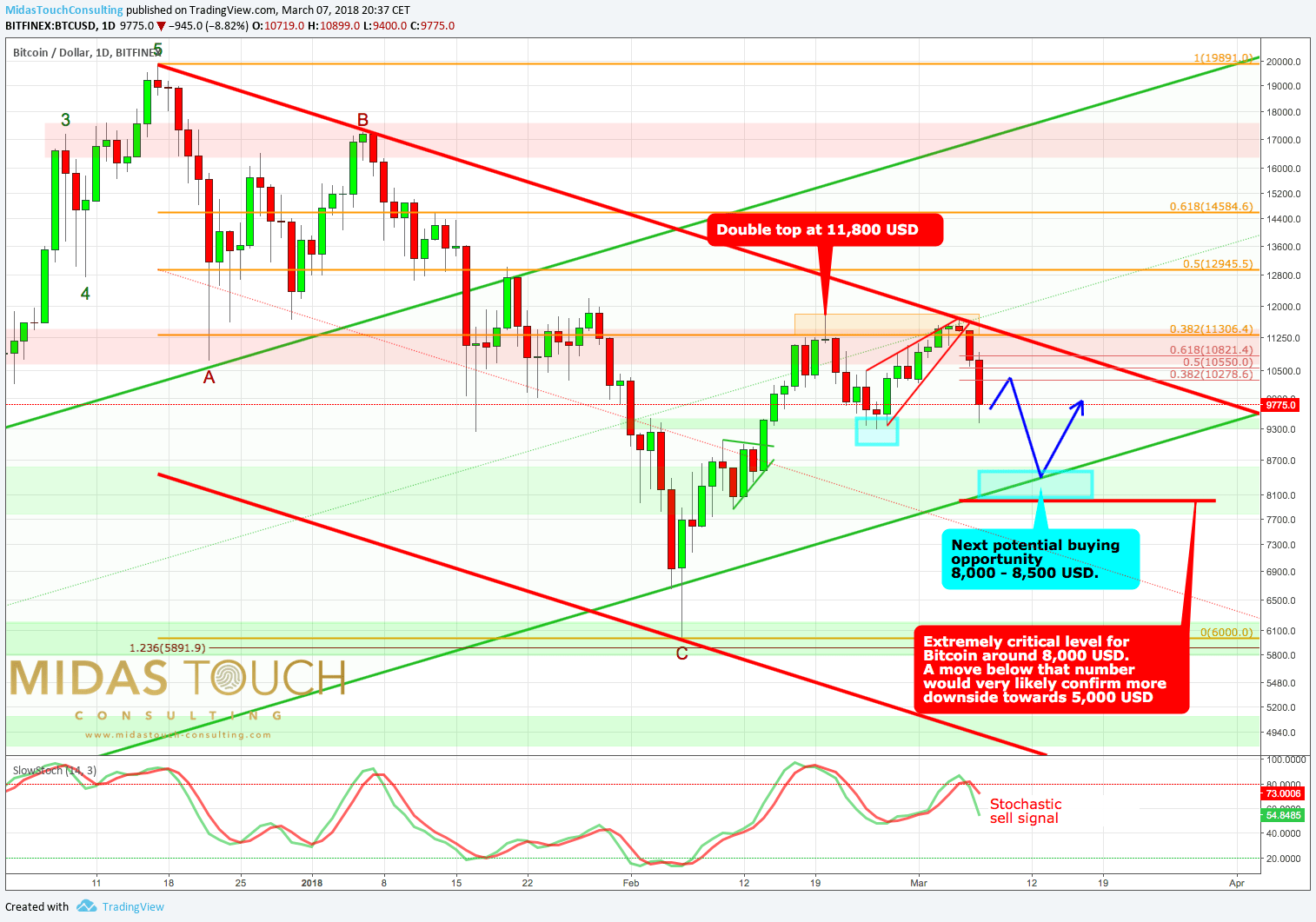 After failing at 11,800 USD for the second time Bitcoin has been quickly losing ground. Over the last couple of hours prices crashed more than 1,000 USD down to 9,400 USD. That´s a drawdown of  nearly 20% in just three days. Volatility is obviously back since the market has finished its “slowly creeping up” phase.

Technically Bitcoin has been breaking down from a bearish wedge and has already reached the important support zone between 9,280 and 9,400 USD. Here the lower Bollinger Band (9,385 USD) should stop the bears at least for some time/days. Below that support zone the uptrend channel would be the next logical support currently around 8,150 – 8,200 USD.

As I have already written in the past so far Bitcoin has not been able to sustainably move above the 38,2%-Fibonacci retracement level (around 11,300 USD). This is a strong sign of weakness which argues for further downside pressure. In such an environment it is extremely important to accept that the current trend is down and the “times of easy money” are over for now. Only with a very disciplined and contrarian approach one is able to make money in a crypto bear market. More than ever it is important to buy only into extreme weakness and sell into signs of strength already! As well hedging your “hodl”-portfolio might be a good strategy. But hedges as well should only be placed into strength and not into a crash.

In the short-term due to the oversold 1h and 4h charts it is likely that Bitcoin might recover towards 10,275 USD. But the daily chart still has more need for correction while the weekly chart remains beaten down yet neutral. Overall it seems more and more likely that the correction which started back in mid of December is morphing into a bear market! Such a crypto winter could  at least last a couple more months if not one or two years. Be careful!