Concentration – The absence of irrelevant thought

Concentration is the true edge in our times. You fool yourself thinking you have an edge in technology because everybody has high tech gear. Trying to trade successful from small hand held device assuming you have an edge is about the worst choice you can make. You are also not smarter than groups of the brightest minds assembled by well funded hedge funds in think tanks. Assuming the newest algorithm offered by a vendor will get you to wild riches does also not make much sense. Why would someone sell this marvelous piece of code? You are looking at the same charts and have the same technical analysis tools available than most. BUT, you hardly find people in a frazzled multitasking world anymore who truly can eliminate noise and concentrate. Concentration – the absence of irrelevant thought. 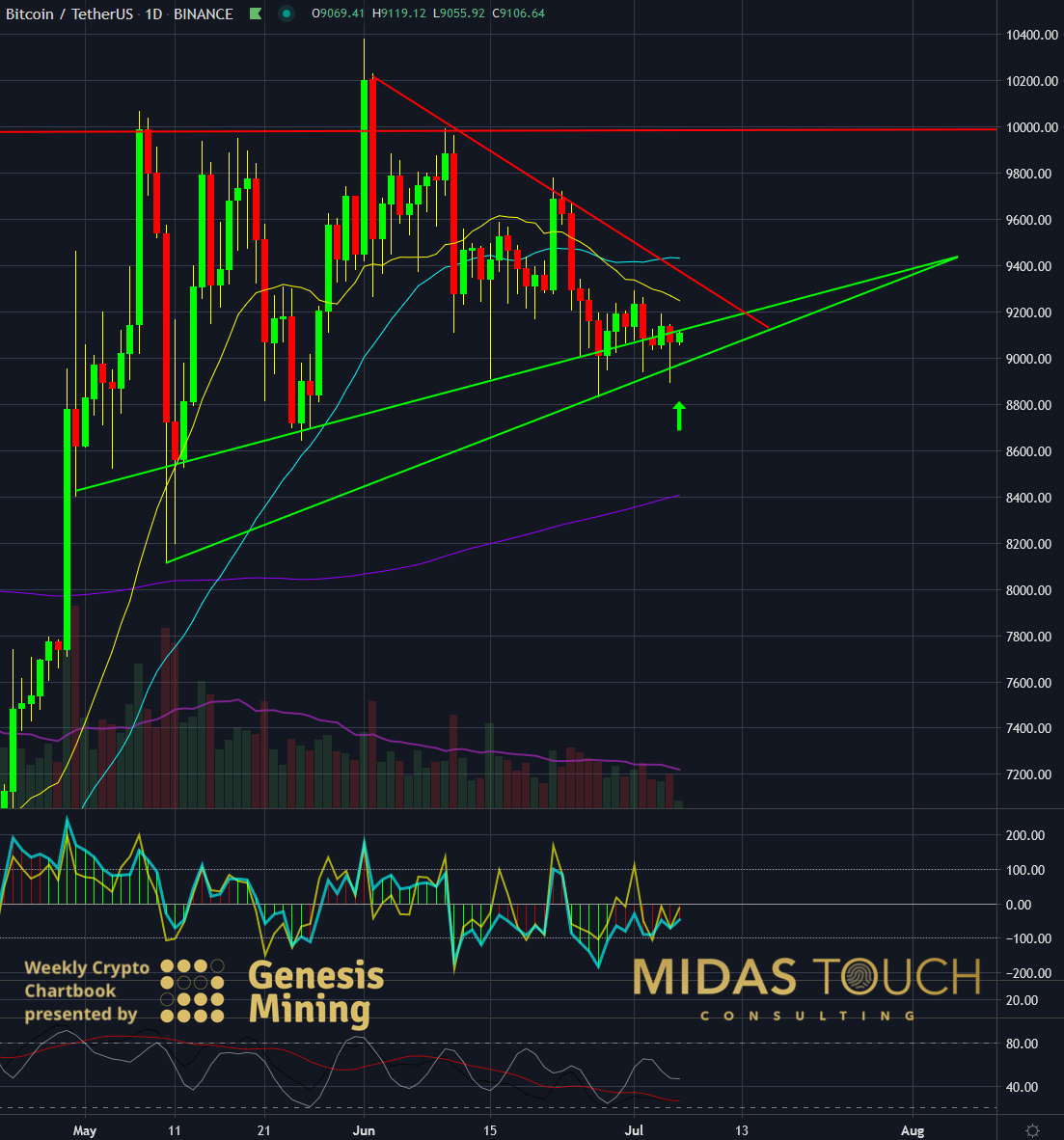 Especially at entries it requires immense focus to not stray away from your pre-planned execution. If emotional influenced the likelihood of execution errors is a certainty. Trading small position sizes and having in place a rehearsed execution protocol assures a higher likelihood of consistent results. 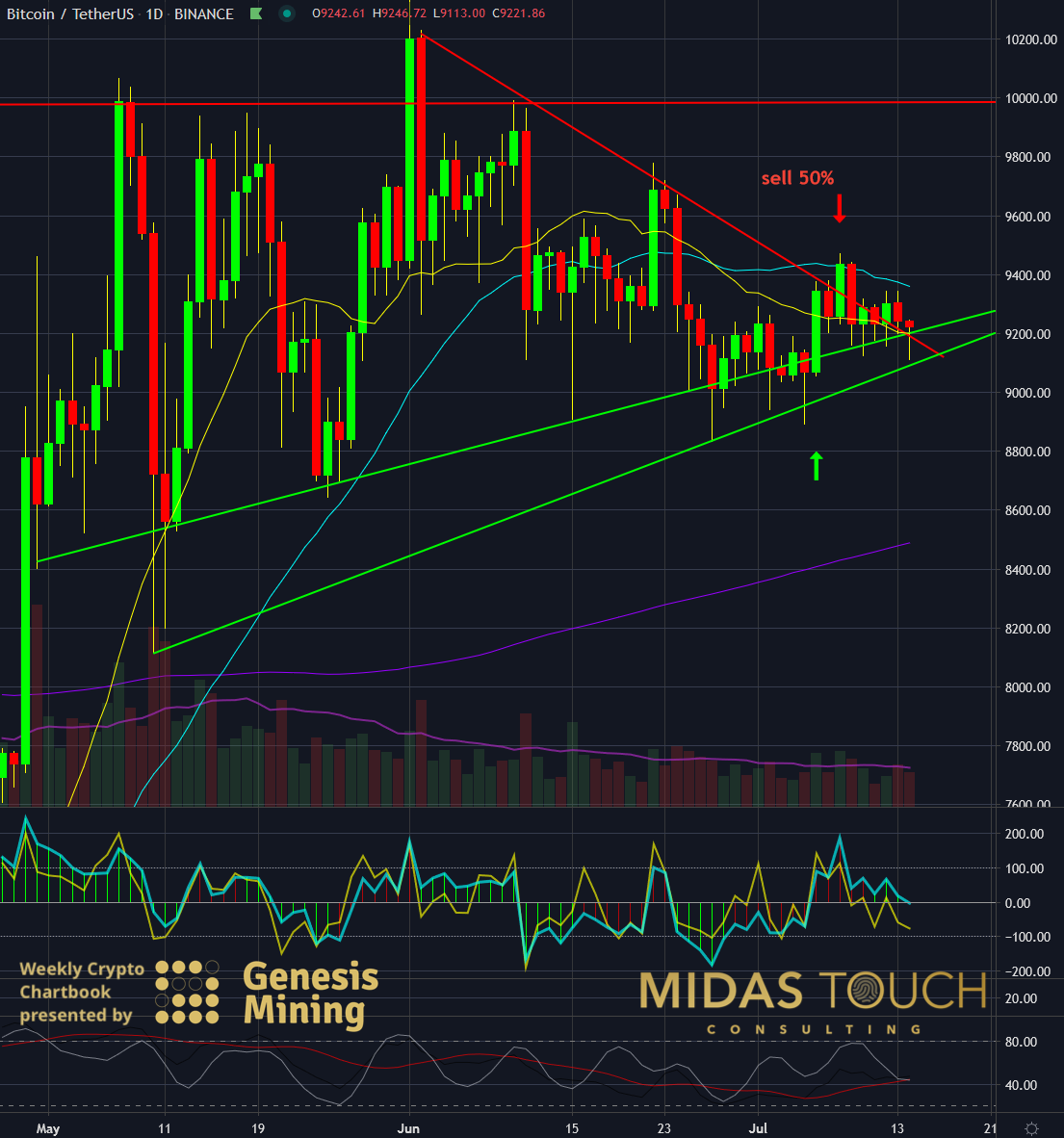 Shortly after the publication of the entry, prices advanced in favor to the trade. After three days the first target was met, meaning we took some money off the table. Why is this important? Again concentration comes into play. With our quad exit strategy, we took half of the position size off. The psychological effect of this exit strategy is mind blowing. While the typical trader is in endless agony within a trade trying to figure out when to take a single “All -Out” exit, that doesn’t allow for any concentration effort, we at this point are made to feel like a winner. The biggest issue of “was I right”, is already satisfied. Consequently, the mind is free to concentrate again! This is the most important aspect for solid trading execution. The fear of losing money has been dissipated. This psychological and emotional freedom allows an easy trade management to meet the other two target exits. Ease, meaning the possibility of concentration.

DASH-USDT, Daily Chart, Last Weeks Setup For DASH, And The Winner Is: 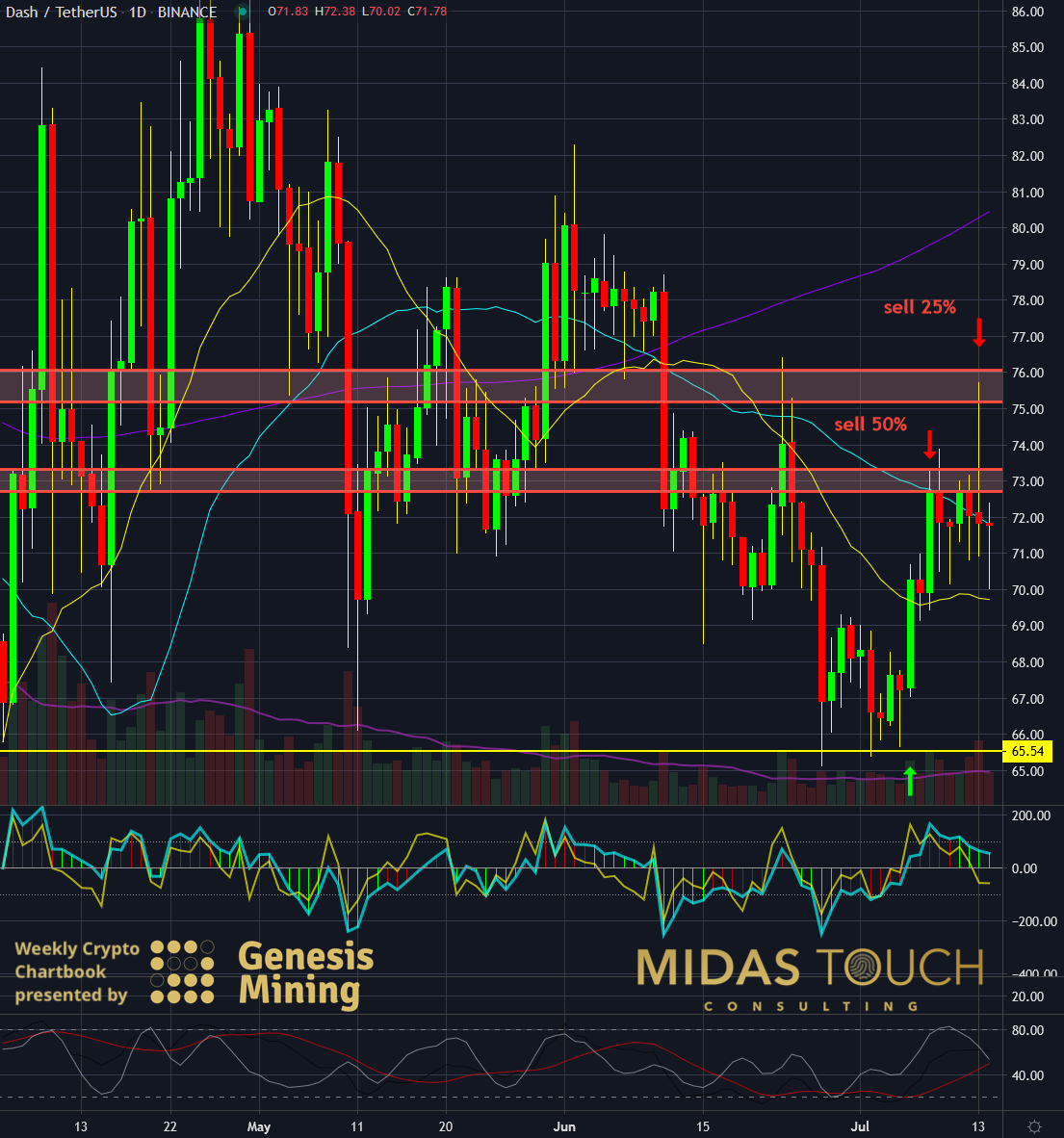 The picture for our second published setup last week is even more enticing. With an entry at US$67.91, a profit of 7.45%s was achieved for the first segment of the trade at an exit price level US$72.97. Five days later the second target at US$75.37 was reached as well. We again lightened up the trade. This time with a profit of 10.99%. The final part of the position size, what we call the runner, is still in play. The stop of the trade is at break even entry levels. 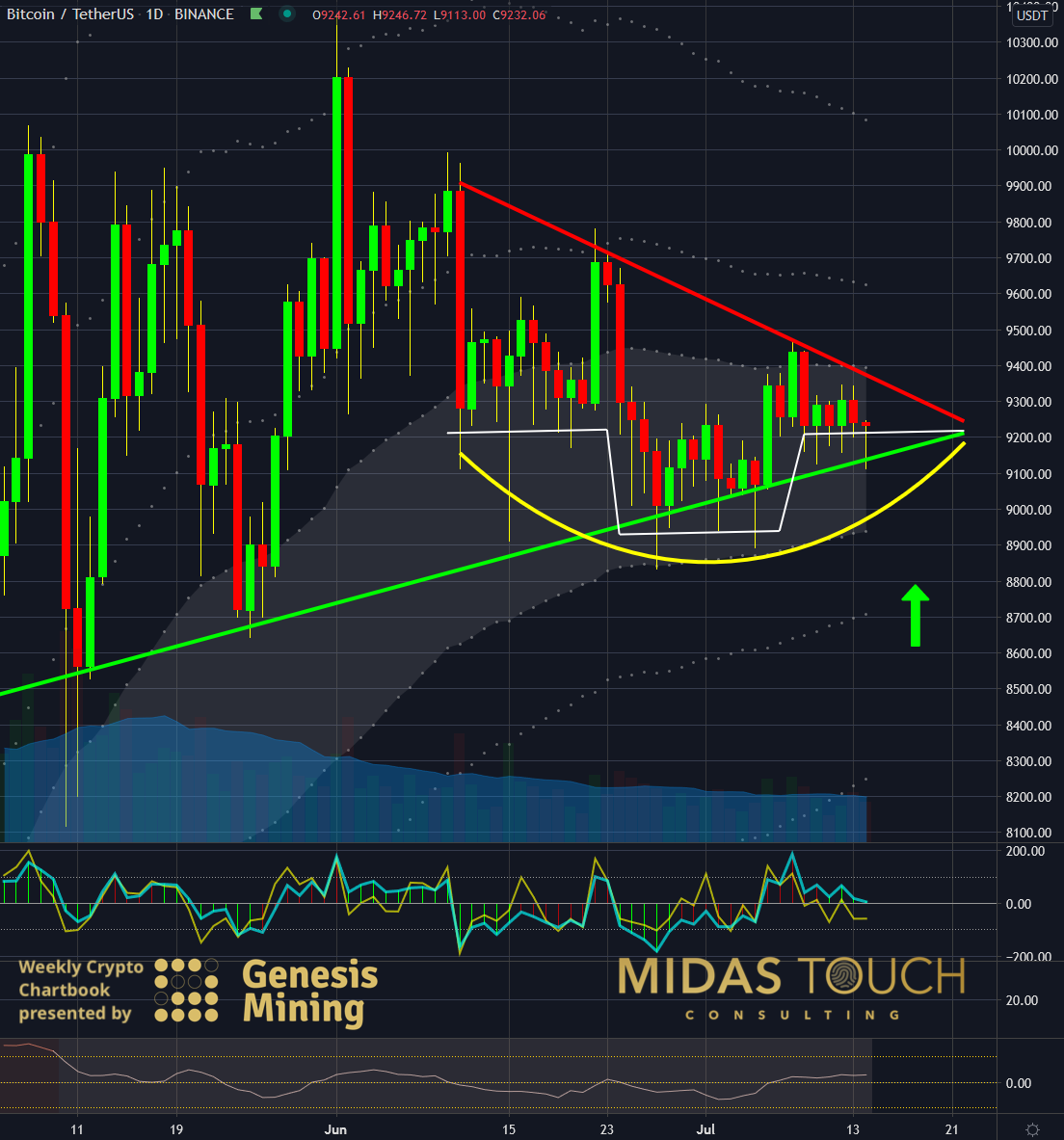 The daily chart above shows where Bitcoin is most likely heading in the upcoming weeks. Nearing the apex of a congestion triangle, there is a higher likelihood for a breakout to the upside than the downside.

Concentration – the absence of irrelevant thought

We hope to have illustrated that the rules to a successful outcome in playing the game of market speculation isn’t to check your trade on your phone in real time fifty times a day. It is fools gold to buy into app and gadget sales of advertised trading devises that are nothing but distractions. When looking back at your trading history you will find there most likely isn’t a problem with your system approach. Execution problems with your system on the other hands could very well be a finding when honestly self reflecting on the past.

In a world proud of speed, technology, immense data volumes and instant accessibility, it isn’t likely that you as an individual can carve out an edge through multitasking. If you take on the other hand the contrarian approach by managing to quiet the mind and razor sharp focus on complex execution mechanisms by blending out irrelevant data, you might end up on the winner podium.