May 22nd 2021, Bitcoin – Earthquake in the crypto markets

Bitcoin – Earthquake in the crypto markets

Bitcoin, and with it, the entire crypto sector underwent a dramatic correction last Wednesday. From the new all-time high in the wake of the Coinbase IPO at just under US$65,000, Bitcoin prices fell by almost 55% in just five weeks and so far bottomed out at US$29,500. Since then, a strong recovery to prices above US$42,000 (+38.1% in 18 hours) as well as another pullback towards US$35,300 have already been observed. Bitcoin – Earthquake in the crypto markets! 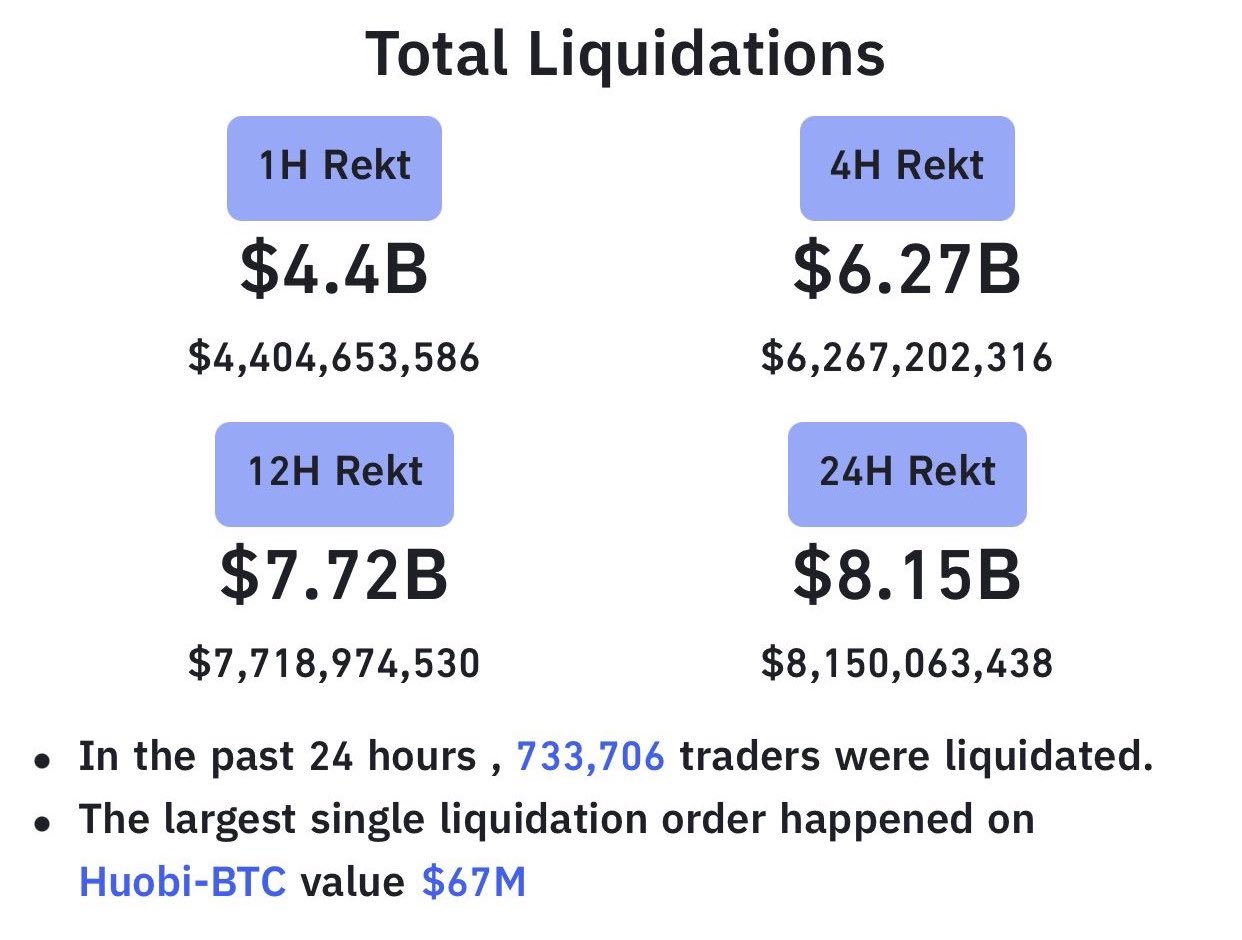 This incredible volatility was primarily due to excessive speculation with leverage and borrowed capital. During last Wednesday alone, positions worth more than US$8 billion were closed by forced liquidations on numerous exchanges within just a few minutes. 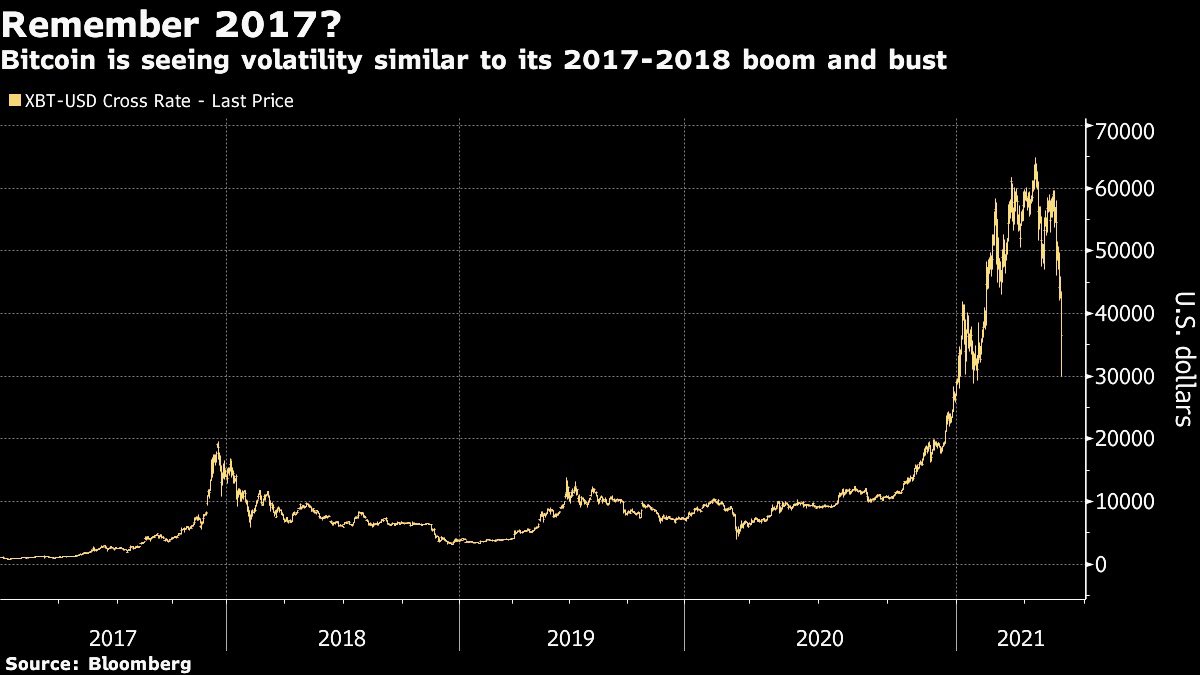 However, looking at the bigger picture reveals that Bitcoin was actually extremely overbought in April following its sharp rise since the fall of 2020. Hence, the sudden and brutal correction may have ultimately been just a healthy shakeout. 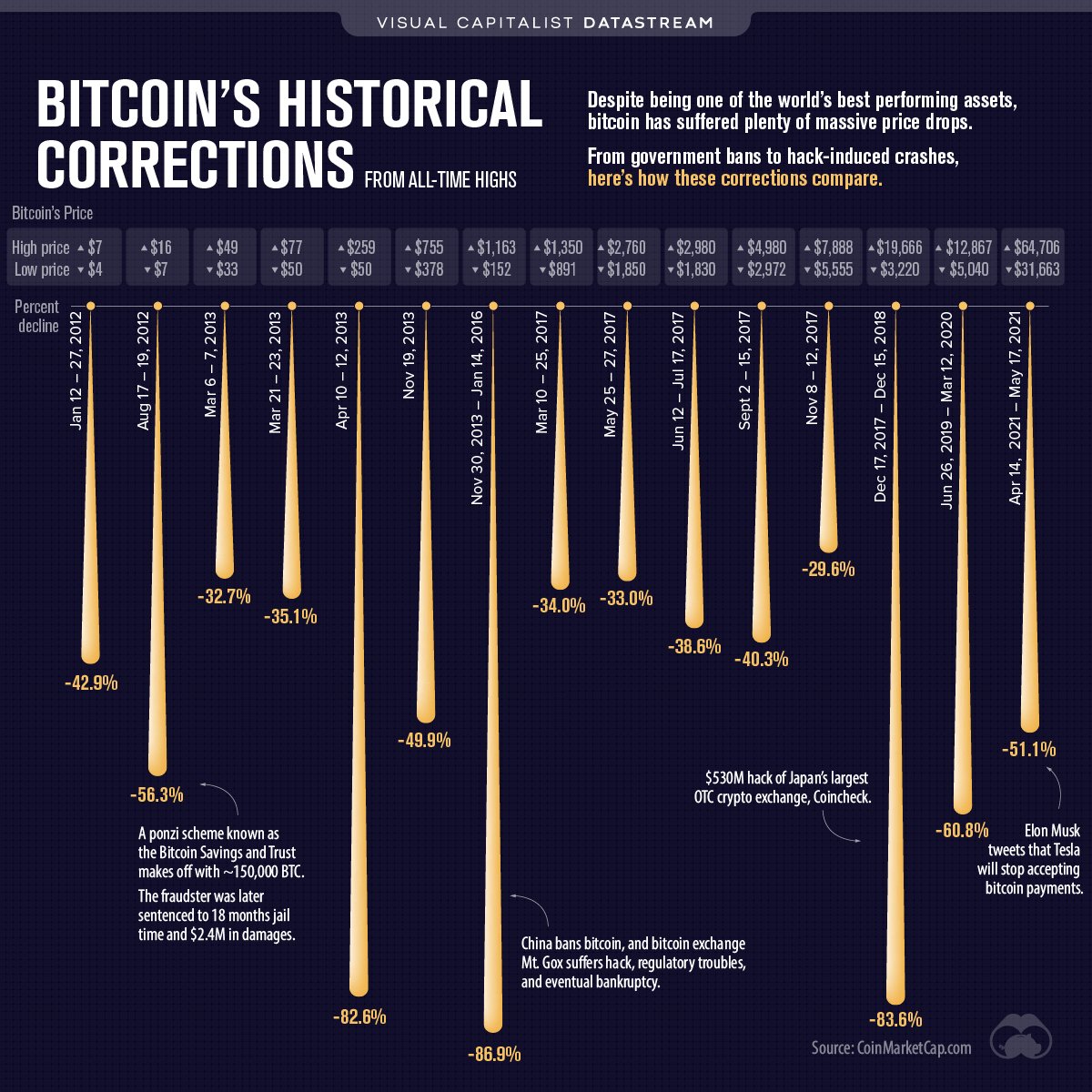 By long-term standards, the 55% pullback is the sixth steepest dip the bitcoin market has had to endure since its inception. It is very likely that Wednesday’s low at US$29,500 will hold for some time and will not be undercut for now. After such severe corrections, prices usually not only made a quick comeback, but also often rose to new all-time highs over the short-term period after such a crash. 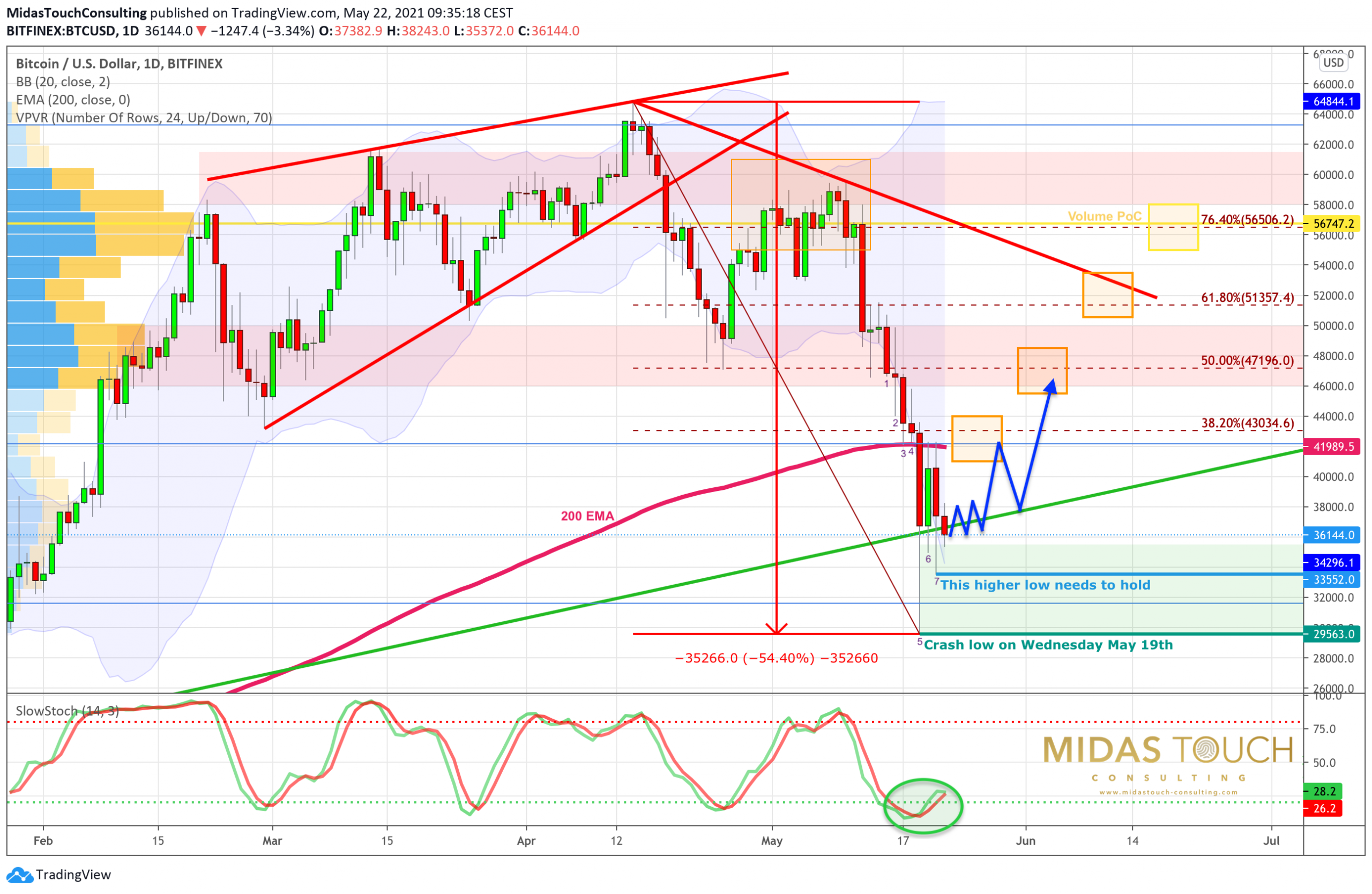 Bitcoin Daily Chart as of May 22nd, 2021. Source: Tradingview

Starting from the new all-time high around US$65,000 down to US$29,500, Bitcoin prices corrected by 55% over the course of the last five weeks. This crash had slowly become more and more evident following a steady decline in momentum during February and March. Most recently, Ethereum doubled within just a few weeks. This price behavior is typically a clear warning signal in all markets. The fact that Ethereum then also crashed down by more than 55% within just one week fits the picture well.

On the daily chart, bitcoin prices have been crashing lower outside the Bollinger band (US$34,341) seven days in row! That is quite the absolute maximum you usually see. Now Bitcoin is heavily oversold and should therefore be able to at least find some footing. Sideways and then slowly but surely posting higher lows might be the plan for the next few days. Therefore, the bounce/recovery that started at US$29,500 might still be in its early stage. At least another attempt to overcome the 38.2% reversal at around US$43,000 should be expected.

But the technical damage is huge

If bitcoin can not make a comeback soon, the larger timeframes (especially the weekly chart) would deteriorate. In that case a complete capitulation and new lows at around US$25,000 and even lower become possible and actually very likely.

Overall, it is still too early to draw a very clear conclusion from this Bitcoin and crypto crash. After all, past Bitcoin bull markets also saw sharp pullbacks time and again, but in retrospect, all of them turned out to be nothing more than excellent buying opportunities and entry points.

Massive Fear and Panic are here 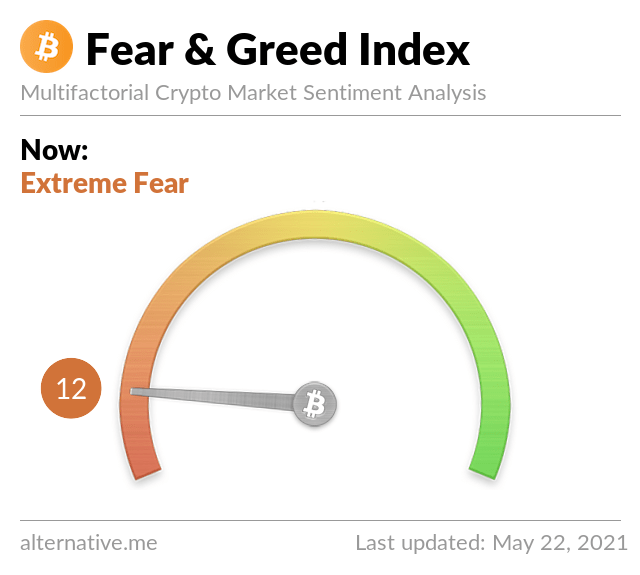 From a psychological point of view, high skepticism and fear will now reign the crypto markets. Bitcoin might therefore at least be able to climb up a wall of worry. Hence, it could recover a large part of the losses. Prices around US$47,000 and even above around US$50,000 are certainly possible in a few weeks again. A major recovery to around US$55,500 is also plausible.

Conclusion: Above US$30,000 the uptrend is still intact

Whether the crypto bull market will continue, however, is still not clear at the moment. Wednesday’s crash and the ongoing selling pressure definitely caused a lot of technical damage. Actually, they were a bit too much for a steady bull market in a long-term assessment. However, as long as the uptrend line around US$30,000 holds, the bulls might still be able to make a solid comeback.